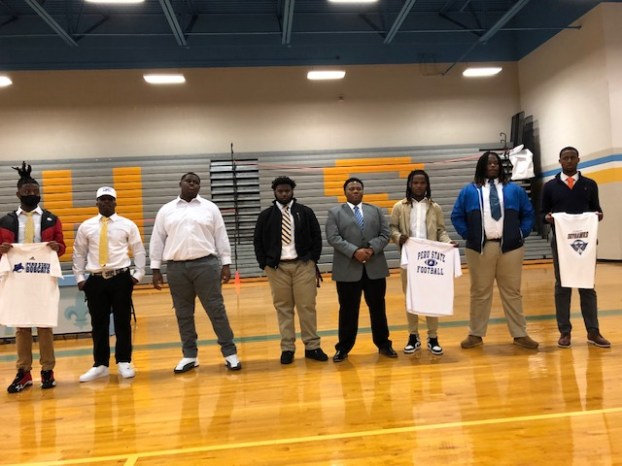 When Willie Gandy became Selma High football coach two years ago, he predicted the Saints would be a hot spot for college recruits.

“They are special young men,” Gandy said. “they need to keep God first and put academics ahead of football.”

Nelson verbally committed to North Alabama in November, but he reopened his commitment. He wound up choosing UT-Martin.

“I’d like to thank God, my parents, my brother,sisters and Selma High coaches for being behind me,” Nelson said.

Stubbs was The Selma Times-Journal offensive MVP and made the Alabama Sportswriters Association All-State football team in Class 5A.

A Uniontown native will be playing college basketball at the University of New Mexico next season.. Forward Jamel King signed... read more