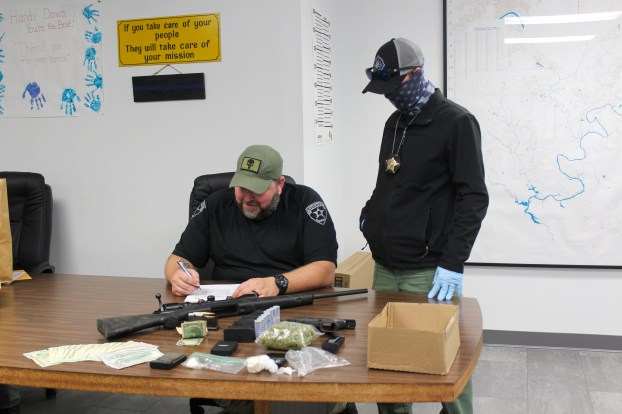 Devonta Cleveland, Terrance Smith and Rakeem Harris were arrested by the DCSO, according to Dallas County Sheriff Mike Granthum. All three suspects are currently in the Dallas County Jail.

Cleveland, 26, was charged with first-degree unlawful possession of marijuana, possession of controlled substance, drug paraphernalia possession, third-degree assault and attempting to elude. His bond total was $42,000.

Harris, 31, was charged with first-degree unlawful possession of marijuana. His bond is $15,000.

Granthum said the arrest came around 8:45 p.m. Tuesday night after DCSO deputies notice a Silver Honda Accord run a red light past the Food Outlet. After the DCSO pulled over the vehicle for a routine check, Cleveland ran away.

The DCSO eventually caught Cleveland and found a digital scale, $690 cash, ecstasy and a jar with 470 grams of synthetic marijuana.

“Since the COVID, we’ve been working traffic real hard,” Granthum said. “We’ve gotten complaints from people about the traffic. If you come into Dallas County with drugs, you’re going to get arrested.”