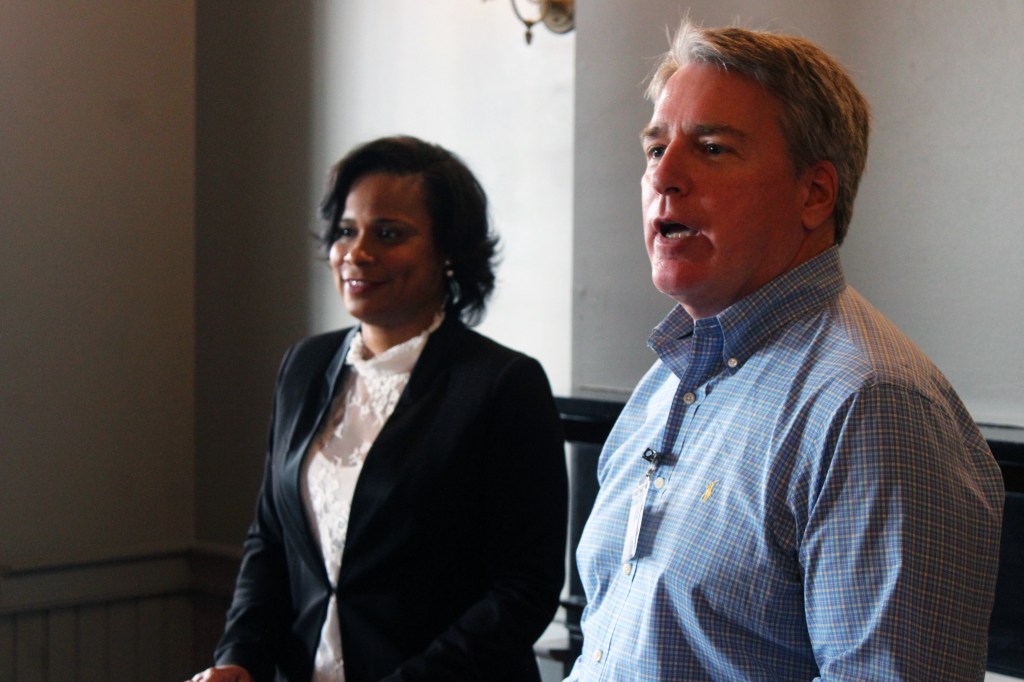 In the aftermath of the festivities surrounding the opening of the St. James Hotel Tuesday, Rhaglan Hospitality President Jim Lewis attended Tuesday evening’s Selma City Council meeting to discuss two items: parking for the hotel’s guests and faulty street lights in front of and behind the hotel.

Lewis brought up the idea for the St. James to enter a long-term lease agreement with the City of Selma to lease the parking spaces directly in front of and across the street from the hotel rather than pave and stripe the grass lot across from the property.

“It struck me as a better plan,” said Lewis.

Lewis then asked the council to fix faulty street lights, maintained by Alabama Power, both in front of and behind the hotel, suggesting they keep the issue “at the top of their minds”.

“We want people to be able to get to the establishment so that they can spend money in the establishment so that Selma can benefit from your establishment,” said Young. “We are looking forward to that… I believe that every council member here tonight is glad to have the St. James open, we thank you for the partnership you have undertaken with the City of Selma. I believe that based on what I saw today, and what many of us saw today, that this is going to be a beautiful partnership.”

In Ward 4,  Councilpeople Lesia James and Atkin Jemison will host testing at the Selma Mall this Friday beginning at 10 a.m.

“We’re asking everyone to come out and get tested because [the number of cases] are still rising. We have to do our part in getting the community tested” said James.

In Ward 2, Councilwoman Christie Thomas reported delays during a recent  testing event due to rain, and announced another Ward 2 testing date would be scheduled in the future.

“Hopefully we’ll get some results before the Super Bowl, which could be a super spreader event,” said Carmichael.