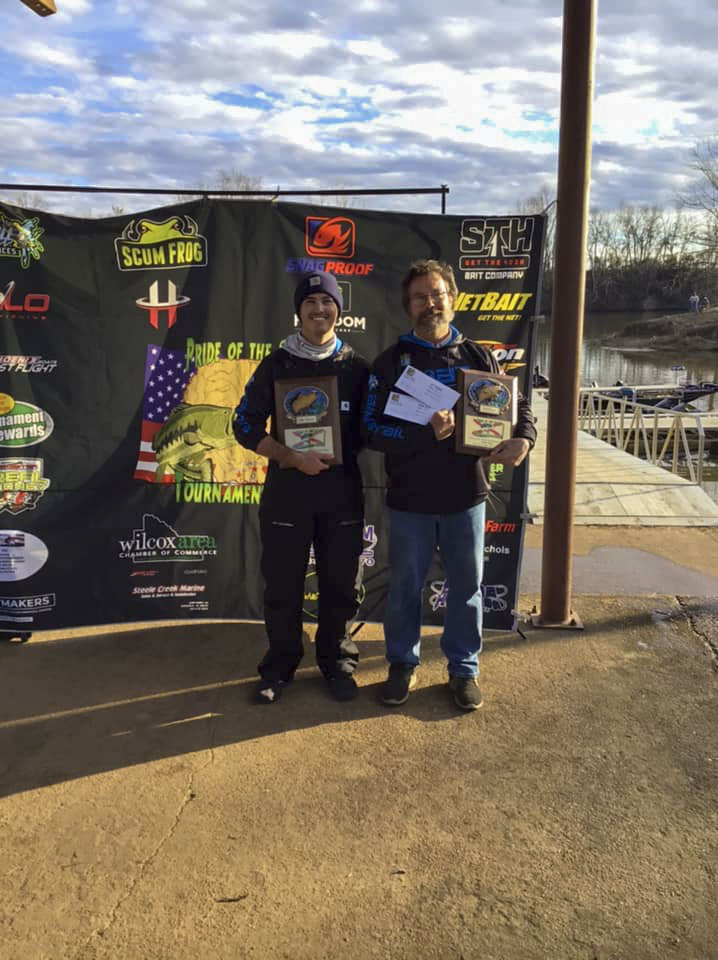 “I love to fish with my dad, it’s even better when we are fortunate enough to win,” Justin Mott said. “This was a great event and I really enjoyed getting to see some friends that I haven’t seen in a long time.”

Tournament Director Jeremy Bass said 19 boats competed in the daylong event on Jan. 23 that featured local anglers. Some anglers fished solo, while others were duos.