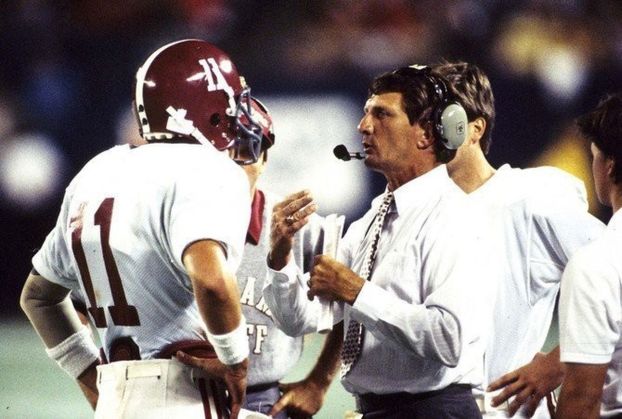 One of the greatest  University of Alabama football players has died.

Ray Perkins, who played wide receiver at Alabama and later became its head coach, died at his home in Northport on Wednesday morning. He was 79.

Perkins was a star receiver for the Crimson Tide from 1964 to 1966, winning two national championships.

Alabama went 30-2-1 when Perkins played. As a senior, he was team captain, SEC Player of the Year, and All-American.

The Alabama administration mourns the loss of Perkins.

“Ray Perkins was a great friend and an outstanding football coach who served The University of Alabama with true class and integrity,” Crimson Tide coach Nick Saban said.  ‘‘Coach Perkins was a great leader who had a tremendous impact on the game of football at all levels. Our thoughts and prayers go out to his wife, Lisa, and his children Tony, Mike, Rachael and Shelby.”

Perkins was drafted by the then-Baltimore Colts and earned a Super Bowl ring in 1970. He caught a touchdown pass from another Pro Football Hall of Fame quarterback, Johnny Unitas.

Perkins was head coach of the New York Giants from 1979 to 1982. He laid the foundation for the Giants, drafting quarterback Phil Simms and linebacker Lawrence Taylor for his successor Bill Parcells to eventually win two Super Bowls in 1986 and 1990.

At Alabama, Perkins went 32-15-1 and 3-0 in bowl games before leaving to become the Tampa Bay Buccaneers head coach and General Manager in 1987.

“Ray was a great ambassador for The University of Alabama and we will be forever grateful for his impact on the Capstone, ” Alabama President Dr. Stuart R. Bell said.