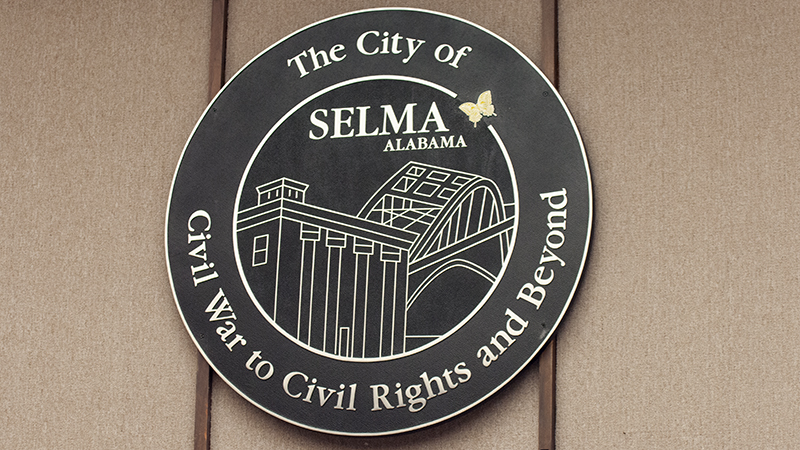 During Tuesday night’s meeting of the Selma City Council, Selma Mayor James Perkins Jr. presented his recommendation for clearing the city of debris left behind when Hurricane Zeta touched down near the start of November, but the council failed to approve the proposal citing a need for more time to mull over the roughly $1.1 million price tag.

Perkins presented the council with an array of documentation, including the price breakdown of the work to be completed and the grading scale used to decide which company would receive the contracts – one for debris removal and another for removal monitoring.

“I think we all know how urgent this is,” Perkins said after bringing the recommendation to the council.

Selma City Councilman Clay Carmichael was the first to raise concerns, wondering where the funds would come from to pay the up-front cost for the work – Alabama is still awaiting approval for its emergency declaration from the federal government, which will make recovery expenses reimbursable – and Perkins responded that it would be pulled from unrestricted account balances.

“I am not advocating going out and trying to borrow the money…we may have to spend from the account we have and then move forward from there,” Perkins said.

For her part, Selma City Treasurer Ronita Wade asked if the city planned to use the $2.5 million “cash on hand” – while no clear response was given, Perkins noted that he had previously warned the council of the substantial cost of the project, at least 75 percent of which he expects to see returned.

“I think this is what the citizens want us to do,” Perkins said.

Carmichael persisted, wondering both about the price and why local companies weren’t considered during the bidding process – Perkins noted that local companies had the opportunity to bid when the request for proposals (RFP) went out at the beginning of December and Hogg noted he complex nature of the work to be done.

“That’s a very complicated process,” Hogg said. “These people are professionals at what they do.”

Selma City Councilwoman Lesia James lashed out over council member’s wariness, saying questions about the proposal should have been raised sooner.

“I’m a little disturbed, because we’re going back,” James said. “We can’t keep putting this off…our community looks a mess. We need to make some harsh decisions and get this stuff cleaned up.”

But worries persisted, with Carmichael and Selma City Councilwoman Christie Thomas voicing concern over the fact that most council members were getting their first glance at the proposal during Tuesday’s meeting.

“I think it’s difficult to deliberate over something that we’re just now getting a glance at,” Carmichael said, noting that, since the issue was not brought up at a work session,it would require unanimous consent for the council to take it up. “I wish we had gotten it earlier today, I wish we had gotten it a couple of days ago, but I’ve got a lot of questions that I don’t think we can get answered tonight. It’s important that we get it done, but I don’t think we should spend $1.1 million with just an hour to think about this.”

While the proposals selected by the rating team were not the cheapest, Hogg noted that cost was only one factor used in determining which company would get the job.

“Price is not the determining factor, but it is a rating factor in the grand scope of things,” Hogg said. “I think we’ve come up with the two proposals that are most advantageous to the City of Selma.”

For his part, Selma City Council President Warren Young acknowledged the need to get the work done, but worried that it would be a “neglect of statutory duty as stewards of finances” for the council to hastily approve the recommendation.

“I would like to get this done as soon as possible,” Young said. “This is a deliberative body and I believe the council should have the time to deliberate over this.”

Both Perkins and Hogg attempted with little success to provide the council with a glimpse into the “tremendous” amount of work that went into the recommendation, including hundreds of hours of work by Hogg and Stone, countless meetings with the Alabama Association of County Commissions and weeks of research, documentation and more.

“We didn’t just haphazardly do this,” Hogg said.

Perkins noted that council members have received an update regarding Hurricane Zeta cleanup efforts at every meeting thus far – the mayor has additionally hosted multiple press conferences in which he discussed recovery efforts, including the dates of the RFP’s distribution and the deadline for responses, as well as the expected cost of the project and the hang-ups regarding the state’s emergency declaration – before resigning to the council’s hesitancy.

“I would just like to say for the record, as mayor, that this is no longer in my hands,” Perkins said. “It’s in the council’s hands.”