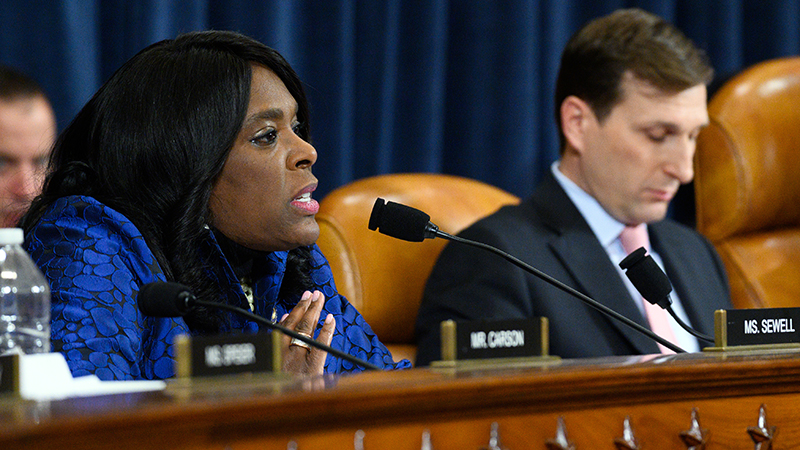 On Tuesday, U.S. House Majority Whip James Clyburn, D-SC, announced that U.S. Rep. Terri Sewell, D-AL, had been selected to serve as a Chief Deputy Whip of the 117th Congress.

Sewell has served in the role since first being appointed during the 113th Congress in 2013.

“I am pleased that Terri will continue serving as Chief Deputy Whip in the 117th Congress,” said Clyburn in a Tuesday press release. “Terri’s experience and work ethic will continue to serve the Whip team well as we face historic challenges and opportunities next year. I look forward to working with her in collaboration with the incoming administration to advance our legislative priorities.”

The majority whip in the U.S. House of Representatives is an elected member of the majority party – currently, the House is controlled by Democrats – who assists the Speaker of the House and majority leader in coordinating ideas on and garnering votes for proposed legislation.

As a chief deputy whip, Sewell will be tasked with assisting Clyburn in a position deemed the highest appointed post in the House and a jumping-off point for future leadership roles.

“I proudly accept the honor of serving as a Chief Deputy Whip under the leadership of Democratic Whip James Clyburn’s for the 117th Congress,” said Sewell in the release. “I am thrilled to continue working with this dynamic team and Democratic Leadership in the House to advance an agenda focused on providing for the lives and livelihoods of the American people during this unprecedented time in our nation’s history. As this public health crisis continues, I am confident we have the leadership necessary to meet the challenges for the American people that include crushing this virus, strengthening our economy, improving our nation’s infrastructure, and putting Alabamians back to work.”