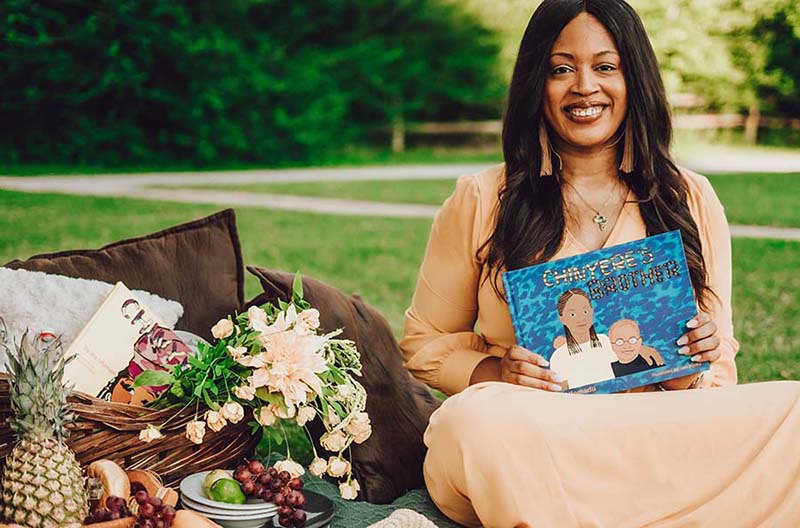 Joy Ufomadu released her second book, Chinyere’s Brother. The children’s book is a story about a young boy with Autism Spectrum Disorder.

“The book’s aim is to change society’s perception of people with disabilities and to give hope and honor to families,” Ufomadu said.

Ufomadu, a 2009 graduate of Selma High School, said her family was the inspiration for writing a book about autism.  She also released a song, Chinyere.

“My brother has Autism Spectrum Disorder,” Ufomadu said. “I wanted to write the book I needed when I was younger and struggling to understand ASD. I also wanted to write something to show a new perspective on disability. It was important for me to highlight the main character’s favorite things so people will understand that disabled people are multi-faceted.

“I wanted to express how I felt as a sister to a person with ASD and use my experience to encourage others to be open to embracing the differences in other people. I also wanted to encourage people to be advocates. I am also inspired by my students who have disabilities. It is so important that I honor them and create literature that celebrates them and their families. It is my hope that this book will help people who have had similar experiences to realize that they are not alone.”

Ufomadu, who works as an Accommodations Specialist in the University of Alabama Office of Disability Services, said she enjoys writing books. Her first book, Chinyere, came out last year and it was well-received.

“I have always enjoyed writing, I felt that there was a need for more literature that celebrates being different,” Ufomadu said. “I really enjoy communicating through writing and it is my hope that my writing will bridge a connection between myself and people who have had similar experiences who may need community or encouragement.”

After high school, Ufomadu graduated from the University of Alabama with a Bachelor’s Degree in Education and a Master’s Degree in Rehabilitation Counseling.