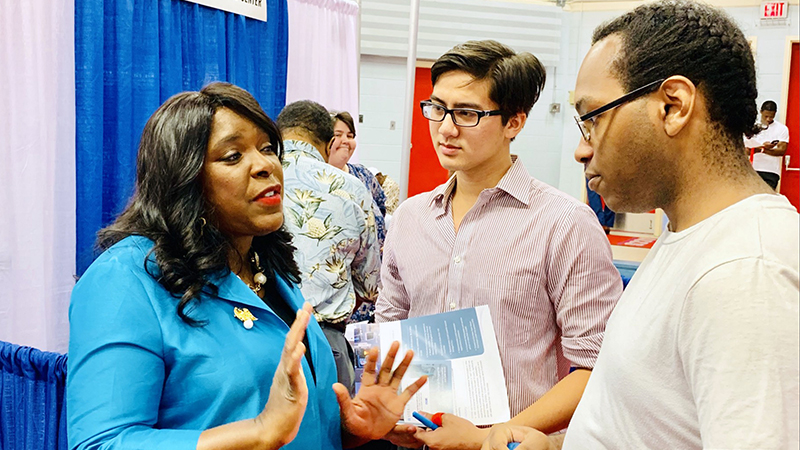 According to a press release from Sewell’s office, the legislation is expected to create 1 million new apprenticeship opportunities over the next five years, providing workers with paid, on-the-job training with registered apprenticeship providers who make up “the nation’s most successful federal workforce training program.”

“As a long-time supporter of expanding registered apprenticeships, I am thrilled to support [this] legislation to provide 1 million new apprenticeship opportunities over five years,” Sewell said in the release. “Our nation is facing the worst economic downturn since the Great Depression and estimates show that more than 7 million of the pandemic’s job losses will be permanent. We need bold investments like those in the National Apprenticeship Act to accelerate the economy and help get the American people back to work in stable, good-paying jobs for the future.”

Additionally, the bill codifies and streamlines standards for registered apprenticeship, youth apprenticeship and pre-apprenticeship programs to make it easier for both employers and apprentices to take part and codifies the U.S. Department of Labor’s (USDOL) Office of Apprenticeship and directs the offices to convene industry leaders, labor organizations, educators and others to expand the program into new occupations and sectors.

According to the press release, the legislation is expected to yield about $10.6 billion in net benefits to the nation’s taxpayers in the form of increased tax revenue and decreased spending on public assistance programs and unemployment insurance.