Courthouse Annex to be named for Boynton, Chestnut 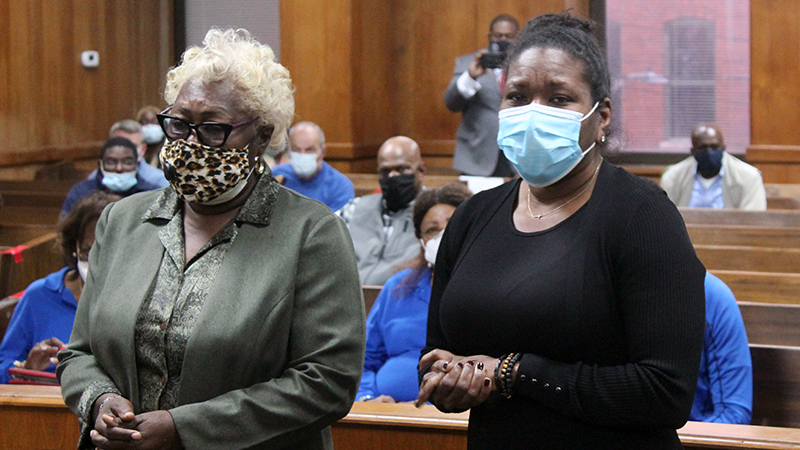 Before the commission approved the resolution, Dallas County Attorney John Kelly read it aloud, recognizing the achievements of the two men, both of which played a prominent role in the Civil Rights Movement.

Boynton made his first mark on history while studying law at Howard University in Washington D.C. As a student, he participated in sit-ins and protested against racially-segregated travel.

While attempting to be served at a “whites only” lunch counter in Richmond, Virginia, Boynton was arrested for trespassing. Boynton, represented by future Supreme Court Justice Thurgood Marshall, challenged his conviction, which was overturned by the U.S. Supreme Court.

Though his conviction was overturned, the Alabama Bar Association used his arrest as an excuse to delay his admittance, “investigating” the circumstances for six years.

Boynton was finally admitted to the bar in 1966, the 13th Black attorney to practice law in the state, and became a successful attorney rising to prominence as the state’s first Black Special Prosecutor and Dallas County’s first Black County Attorney.

Chestnut represented people from all walks of life as a trial lawyer in the Circuit Court of Dallas County and devoted his life to the struggle for civil rights and eventually became one of the founding members of the New South Coalition, a political organization advancing the political rights of African-Americans and citizens of the Black Belt.

Once the resolution was read, family members of both men said a few words about the legacy of their loved ones.

“We appreciate that this is happening now,” said Boynton’s daughter, Carver Boynton. “We wish that he could have been here and been a part of it, but now he’s at peace and maybe he is here among us.”

Boynton’s wife, Betty, reported that word got to Bruce that the annex would bear his name during the final hours of his life.

“Yesterday, I told him that the annex was going to be named after him and he looked at me and he smiled,” she said.

“It’s difficult for me to talk without tears in my eyes,” said Alabama Rep. Prince Chestnut, D-Selma, a cousin of J.L. Chestnut Jr.. who cited the late Chestnut as a mentor and inspiration to consider a career in law.

“This man was more than just a family member, he was my mentor,” he said. “When you saw him in the 90s you probably saw me running behind him, carrying his briefcase, just trying to learn and soak up everything I could possibly soak up because I knew, even then, that I was in the presence of greatness. I’m just so thankful for you all for recognizing him.”

Dallas County Probate Judge and Commission Chairman Jimmy Nunn said that a dedication ceremony would be held in the near future but did not provide an exact date.