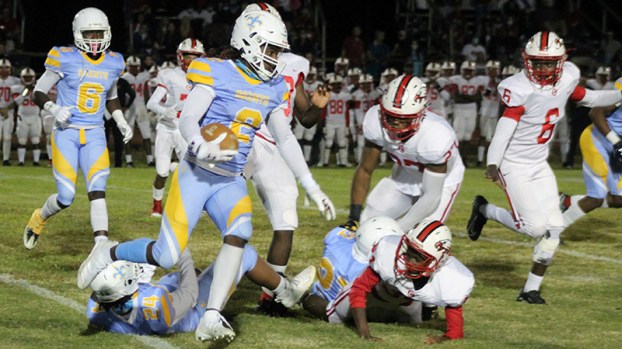 Selma High meets a traditional powerhouse in the second round of the Class 5A state playoffs.

Selma coach Will Gandy knows it will be a challenge facing St. Paul, whose nickname is also the Saints.

Gandy is pleased that the Saints made school history this season, especially for the postseason.

“For the  first time since 1984, Selma has won a playoff game,” Gandy said. “We made playoffs in consecutive years for the first time. I’m extremely proud of all our players and coaches.”

The Saints have a shot to win because of their offense. Dion Nelson and Jevonte Stubbs have scored  over 35 touchdowns combined this season. The duo scored two more against Carroll in the first round last week.

Keith High travels to top-ranked Brantley for 2nd round

Keith High has never won a state championship in football. The Bears (8-2) visit Brantley in the second round of... read more