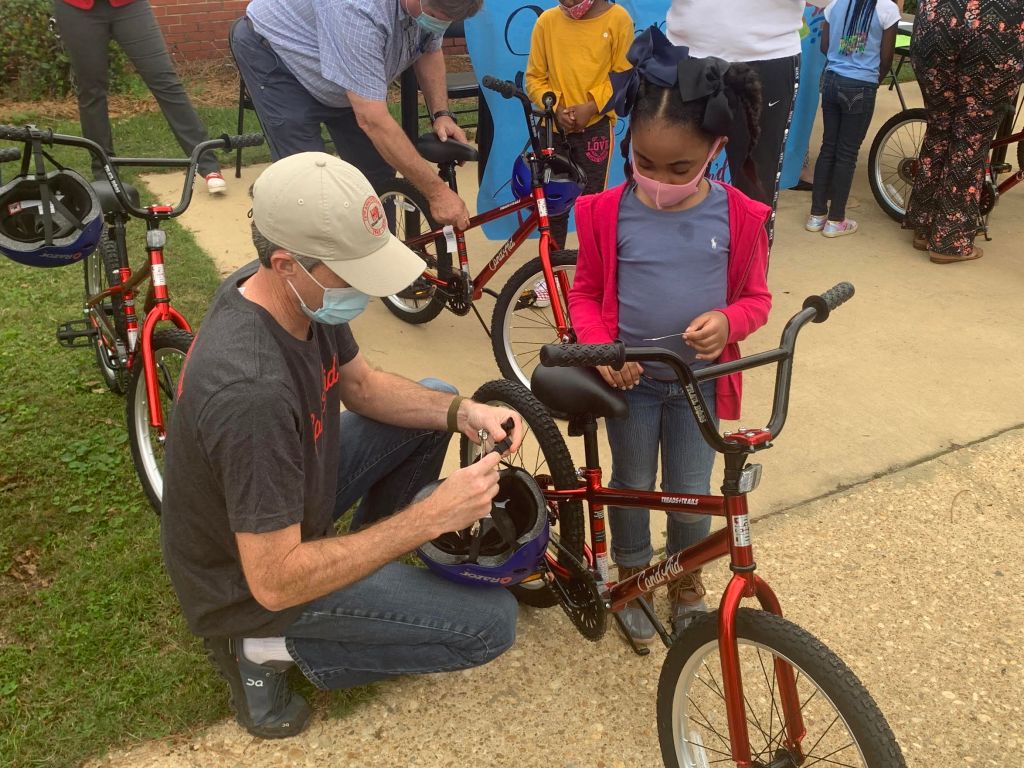 BBG Executive Director Devon Gray said the partnership with Can’d Aid was about a year in the works and said it was great to work with a national non-profit organization.

“They do bike and skate board builds throughout the country,” she said. “It feels nice to bring everybody together for something so positive. Everybody remembers that first bike ride. I think that’s something everyone can relate to.”

Selma City School Board President Johnny Moss, who also volunteered with the project, said that the bicycles were a great way to award the schools who’s achievements often go unrecognized.

Denson Henry, another volunteer with project and avid cyclist, said the project was a great way to get kids outside.

“I love my screens too but its important to get outside and see what God has given us,” he said.

Selma City Schools Superintendent Dr. Avis Williams said that the effort was an example of taking care of the “whole child”.

“At Selma City Schools, we want to prepare our scholars not just mentally, but physically as well,” she said. “I can’s wait to drive through this neighbor hood and see all these kids with their shiny new bikes.”