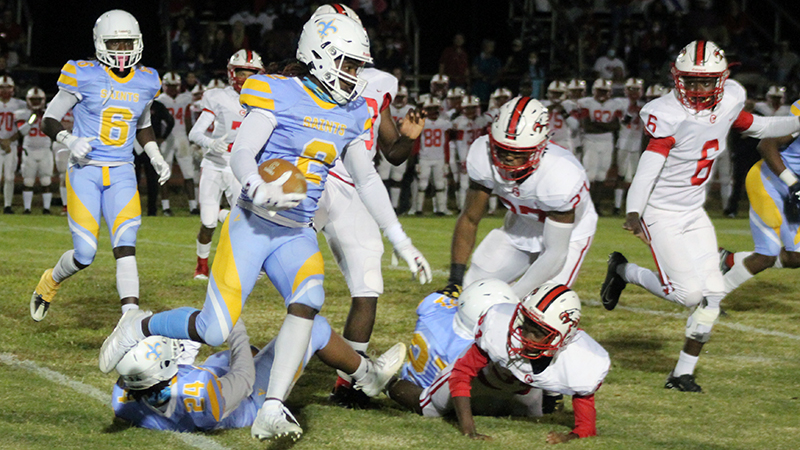 The Saints (7-3) advanced to the second round next week.

After taking much of the first quarter of the game to find their footing, the Saints finally put their first eight points on the board with just 40 seconds left in the first quarter. Dion Nelson threw a touchdown pass to Jevonte Stubbs, who added a successful 2-point conversion run.

Dakaari Nelson was the next to score for the Saints, running the ball into the end zone. Stubbs added a second successful 2-point conversion run.

The Saints defense shined with just over eight minutes left in the first half. They successfuly kept the Eagles out of the end zone at the Saints’ 10-yard-line.

After a scoreless third quarter, the Eagles made an interception and scored their only six points during the first five minutes of the fourth quarter.

A long scoring pass from Nelson to Stubbs secured the win for the Saints and ended the game’s scoring. The 2-point conversion attempt failed.