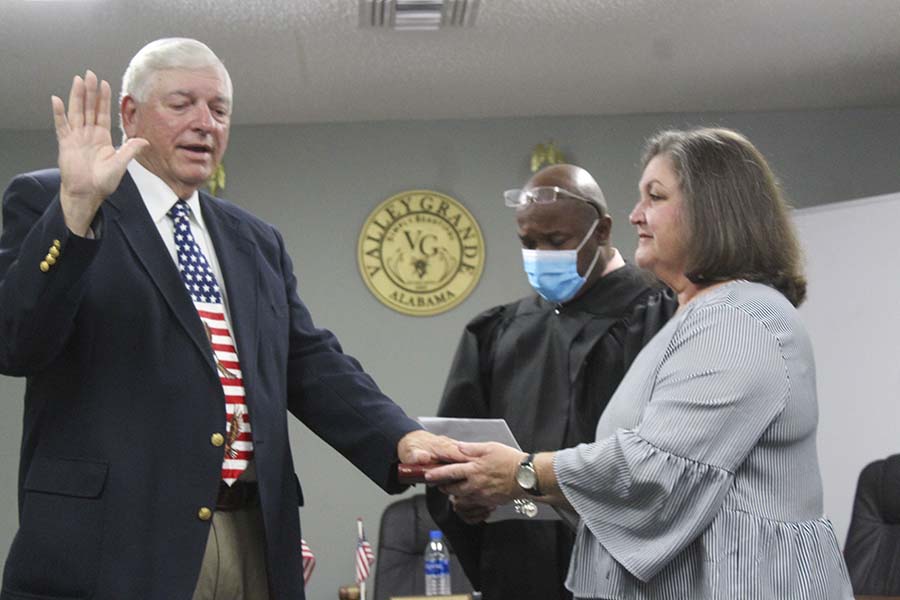 Several items were addressed, including the appointment of Davidson as Mayor pro tem, Janet Frasier as City Clerk and Boyd Pugh as Public Safety Director.

Davidson’s extra role allows her to authorize signing checks with either Labbe or Frasier. Valley Grande requires two signatures to sign off on checks and the pair can be either Labbe, Frasier or Davidson.

Labbe also announced that the city is in the process of an audit by the accounting firm of Jackson and Thornton, who’s based out of Montgomery. Labbe said the firm arrives in Valley Grande on Nov. 23 and scheduled to stay a week. He added that the audit will be discussed at a council meeting in January.

“We need a clean slate, I’d like to start with a clean sheet of paper,” Labbe said.

Another key issue discussed was the down trees in the city caused by damage from Hurricane Zeta last week. Labbe said that only trees and brush, no trash, can be dropped in the area behind Valley Grande Ballpark.   Labbe said anyone wanting to drop limbs on the property should drop by Valley Grande City Hall Monday through Friday between business hours, 8 a.m.-4 p.m.

Labbe urged council members with new business items should call Frasier to get them put on the agenda for the next council meeting, which will be Nov. 16 at 6 p.m.

Dobbs showed class at the meeting and expressed his appreciation to the new council coming on board. Dobbs felt that the outgoing and incoming council both had the same goal of doing what’s best for Valley Grande and wishing them the best. The outgoing council thanked Valley Grande residents for allowing them to serve.