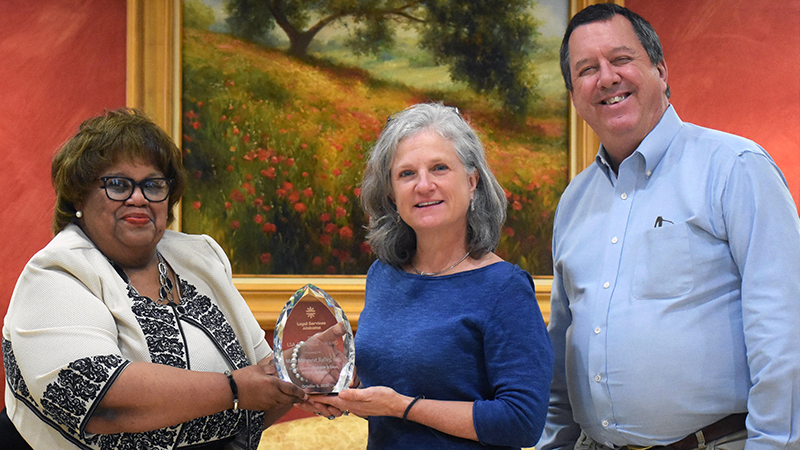 Bailey has practiced law for more than two decades with the Frazer-Greene firm in Mobile and previously served as President of the Mobile bar Foundation and has been a member of the Law Foundation’s board since 2010.

The LSA award was established to recognize individuals and firms that have made contributions to pro bono work and access to justice.

During the award ceremony, LSA representatives noted that Bailey was selected because she has “promoted equal access to justice and demonstrated exemplary commitment to civil legal aid both locally and statewide,” a press release stated.

“The need is great here in Alabama, especially now, and we can each contribute in our own way,” Bailey said upon receiving the award. “No contribution is too small. I’m proud of the work done by the Alabama Law Foundation and proud to have played a part in that work.”