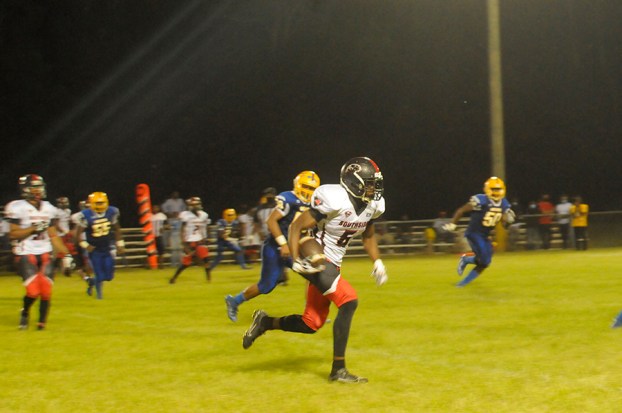 Demopolis beat Selma High 49-34 to win the Region 3, Class 5A championship on Friday.

Dion Nelson Dakaari Nelson and JeVonte Stubbs all scored for the Saints (6-3, 4-1),  who finished second in the Region.

The loss eliminated Southside from Class 3A state playoff contention.

Montevallo 27, Dallas County 20: The Hornets dropped a heartbreaker on the road in a Class 4A state playoff eliminator.

“We played a great game, but we couldn’t get the job done,” Hornets coach Heath LeVert said.

No. 10 Morgan Academy had fun in its tuneup for the AISA State Football playoffs next month. Running back Holt... read more