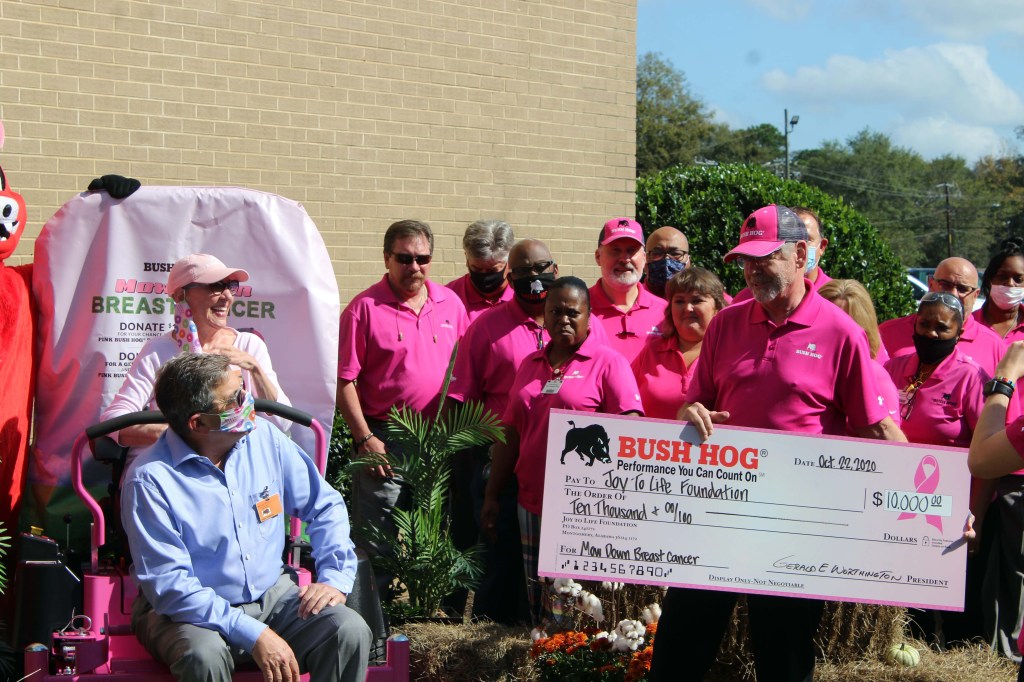 Bush Hog announced the winner of its annual Mow Down Cancer fundraiser drawing on Thursday morning at the company’s Selma headquarters.

According to Bush Hog President Jerry Worthington, Bush Hog has held the annual fundraiser since 2014 to raise money for the Joy to Life Foundation, an Alabama-based nonprofit organization that spreads breast cancer awareness across the state and provides mammograms and other screening for underserved women in Alabama.

Worthington said Bush Hog and Joy to Life put their heads together and decided sell tickets for a one-of-a-kind pink Zero Turn Mover for $10 each with all proceeds benefiting the Joy-to-Life foundation.

“They’re a really great organization and we’re happy to work with them,” said Worthington.

Worthington said that Bush Hog typically takes the pink mower to display at farm shows across the southeast and attendees purchase a ticket for the chance to win the mower.

Because of COVID-19 though, many farm shows were canceled and most of the people tickets were purchased online.

This year, Bush Hog raised $10,000 for the Joy to Life Foundation and presented the organization with a giant check after Melissa Landers of Louisville, Kentucky was drawn and declared the winner of the drawing.

“It’s nice to be able to do something that touches so many people in a positive way and it’s great to partner with an Alabama-based organization because we’re an Alabama-based company,” said Worthington. “It’s also great to represent our families and employees who have been effected [by breast cancer].”