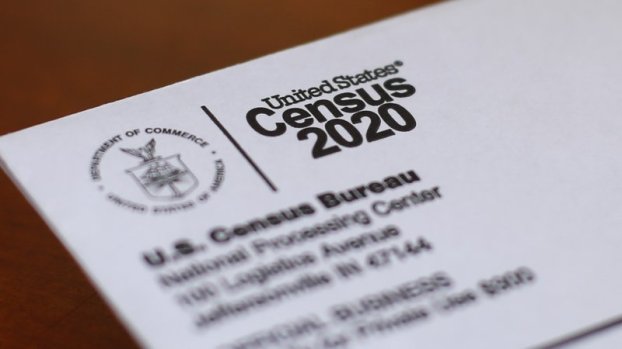 On Wednesday, Oct. 14, the U.S. Census Bureau announced the U.S. Supreme Court reached a decision to end the 2020 Census count roughly two weeks before a previously extended Oct. 31 deadline, establishing Thursday, Oct. 15 as the final day for American’s to complete the Census.

“I am deeply disturbed and disappointed with the U.S. Supreme Court’s decision to end the 2020 census count.. especially given the Covid-19 pandemic,” said U.S. Rep Teri Sewell, D-AL. “This decision undermines the very essence of our democracy by not allowing communities to report census returns until October 31, 2020, as initially announced by the US Census Bureau.”

Dallas County, which falls within Alabama’s 7th Congressional District, finished with a 54.9 percent self-response rate, well below the 2010 rate of 61.9 percent.

“I do feel like we were cut short a little bit,” said Dallas County Probate Judge and Commission Chairman Jimmy Nunn. “With the energy that several different outreach organizations had, we could’ve gotten a lot more people counted before that last day in October.”

Nunn and the rest of the Dallas County Commission, along with several other local elected official s and organizations, used their public platforms to plead the importance of the 2020 Census for over a year, since last August.

“We knew Dallas County would be effected if we did not get our numbers up,” said Nunn. “The more people you have complete the Census, the more you get, around $1,600 for each person… That’s federal money we’re losing by not responding and we need all the money we can get for Dallas County. When you talk about losing federal money, you’re talking about a lot of different programs, the housing authority, transportation, grants, all of those programs are funded by federal dollars.”

In addition to those cited by Nunn, other federally funded programs are Medicaid, Medicare, Supplemental Nutrition Assistance Program (SNAP), Head Start, Title I Grants to local education agencies and highway planning and construction.”

While Nunn opined that the self-response rate for Dallas County was not quite what he hoped, he expressed gratitude for those that did manage to complete the 2020 Census and those that led outreach efforts to get more of Dallas County’s Citizens counted.

“There were a number of efforts from a number of different organizations and groups in Dallas County and we thank them for their participation,” said Nunn. “They knew form the get go how important the Census is and the money we stood to lose.”

According to Nelson, the Extension Office was awarded a grant for ADECA to host educational seminars to educate people about the Census in rural communities.

Nelson said Outreach began in February and the Extension office was only able to host two of these seminars before the COVID-19 pandemic ceased any further outreach.

“COVID-19 happened and that put a stop to our educational programs,” said Nelson.

In August, the Extension Office was finally permitted to resume outreach and collaborated with several partners to educate more citizens about the importance of the Census including Nunn’s office, The Dallas County Commission, The Dallas County Sheriff’s Office (DCSO), The Selma Rotary Club and Domino’s Pizza.

Though Nelson said the aforementioned groups were able to work together to host a few outreach events, Nelson said the several deadline changes made it difficult to plan events.

“The changing dates made it difficult,” said Nelson. “Every time we’d pull something together and get things up and running the deadline would shift. It was really hard to plan and organize outreach efforts because we never knew when the deadline would change again.”

Nelson said event were planned throughout the rest of October including two over the weekend the final Oct. 15 deadline was declared.

Nelson said there will likely be multiple long-term consequences for Dallas County for failing to match last year’s self-response rate.

“I think we’re going to see some long-term effects from not having that money come into Dallas County,” said Nelson. “You have to remember that the data from the Census isn’t used for just one year, but for 10 years – federal funds will be allotted to Dallas County based on these low numbers for the next 10 years.”

As a result of the low Census self-response in Dallas County and the rest of Alabama’s 7th Congressional District, Nelson said that “We are probably more than likely to lose our Congressional representative”.

“The congressional districts will then be redrawn, diminishing the voice of Dallas County,” said Nelson.

The U.S. Census Bureau will release the total statewide population figures for Alabama and all other states Dec. 31.