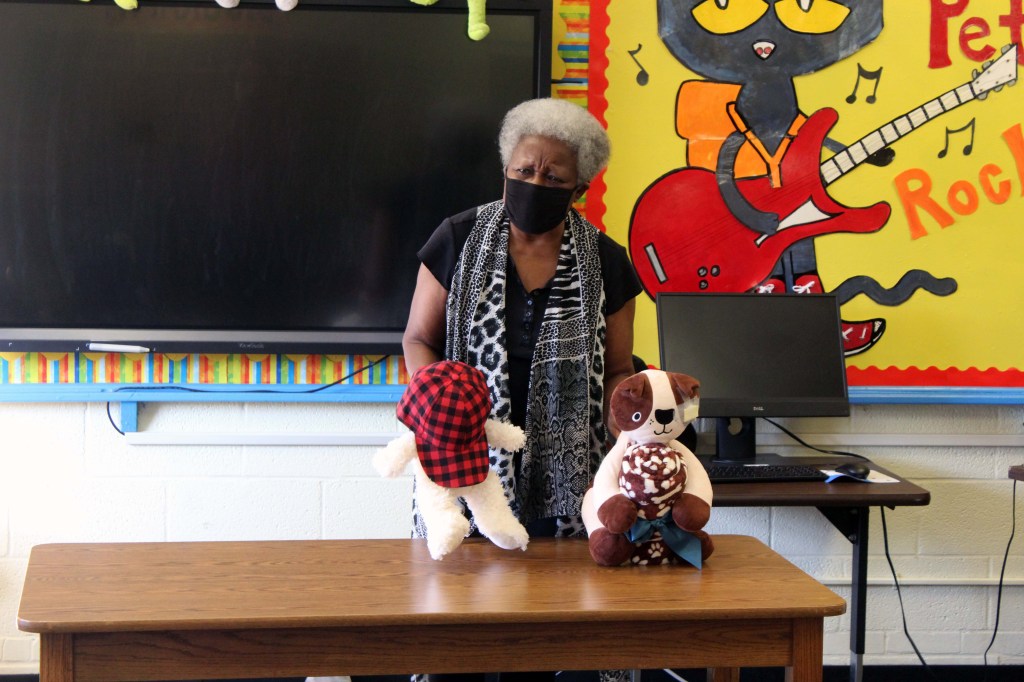 In anticipation of the 42nd Annual Tale Tellin’ Festival, ArtsRevive once again hosted “Tale Tellin’ in the Schools” this week on Tuesday, Wednesday and Thursday.

ArtsRevive Executive Director Becky Youngblood said the organization was able to effectively collaborate with local school systems across the country, both public and private, to host virtual Tale Tellin’ events before finishing with an in-person Tale Tellin’ at Brantley Elementary School Thursday morning.

The featured storyteller for the Tale Tellin events throughout the week was Sandra Hawkins.

According to Youngblood Hawkins, a retired teacher, has captivated student audiences throughout the week.

“This Year’s Tale Tellin’ in the Schools has been really successful,” said Youngblood. “[Hawkins] has such a great energy and she’s really been able to capture and hold the attention of these kids, even through Zoom. We’ve really enjoyed having her this year.”

Youngblood said Hawkins has the idea to have the students write their own stories, after hearing her tell her own tales, and award cash prizes to the top three.

“I thought that was a really great idea,” said Youngblood. “Story Telling goes hand in hand with art and literature and poetry. It’s so important for children to learn that and be creative.”

Finally, Youngblood thanked the Alabama State Council on the Arts and Black Belt Community Foundation for making this year’s Tale Tellin’ in the Schools possible.

“We’re so thankful for them,” she said. “This year has been really great.”