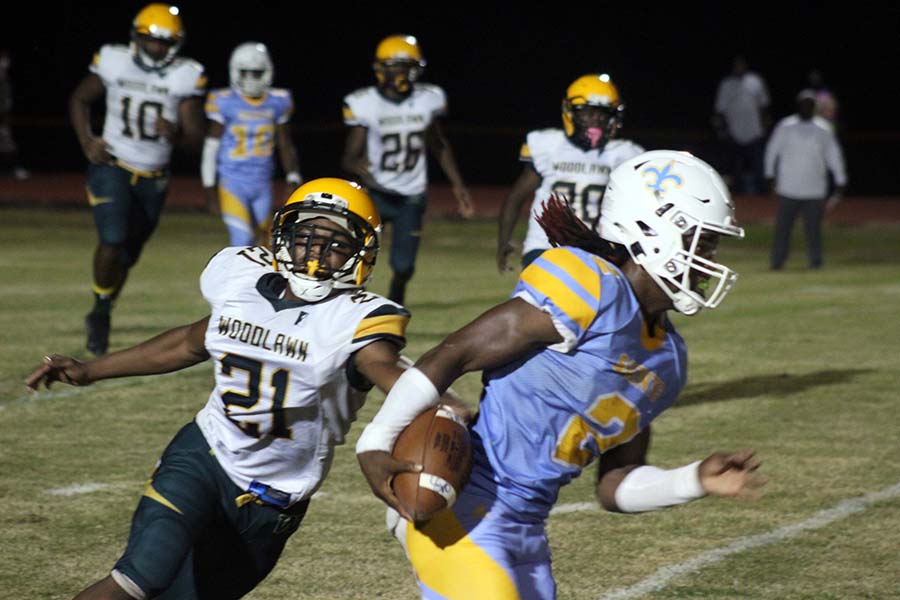 Homefield advantage for the playoffs is on the line Friday night when Morgan Academy hosts Tuscaloosa Academy.

A win over the Knights will put the Senators (5-2, 2-1) in position to host a first-round AISA playoff contest as the second seed.  “We are looking forward to playing in another big game with so much at stake,” Senators coach Danny Raines said.

Selma High at Sipsey Valley: The Saints (5-2, 4-0) can set up a Region title showdown against Demopolis on Oct. 23 with a victory in Buhl.

JeVonte Stubbs and Dion Nelson remain the scoring leaders for the Saints, combining for over 35 touchdowns this season.

The Saints have never won a Region title in football and coach Willie Gandy said the goal is to make history.

“I’m so proud of our players and coaches,”  Gandy said.  “I couldn’t be here without my coaches and the support of the parents.”

The Hornets will need strong games from quarterback Josh Brown, wide receiver Carlton Underwood Jr. and linebacker Markeice Stallworth to have a chance at pulling off the historic upset. “ACA is a very athletic team and they are well coached year in and year out,” Hornets coach Heath LeVert said. “The challenge ahead of us is a large one, but we are not going to shy away from the stage or competition.”

Southside at Highland Home: The Panthers (3-3) take a break from Region 6, Class  3A for a road replacement contest.

The Trojans (0-8) fell at Snook Academy. Javion Rudolph ran for two touchdowns and threw for 106 yards. Alan Holt had six receptions and an interception. Cole Smith had 8 tackles. “We have a tough game, it will be senior night and homecoming all together, a lot of distractions,” MCS coach Bob Taylor said.