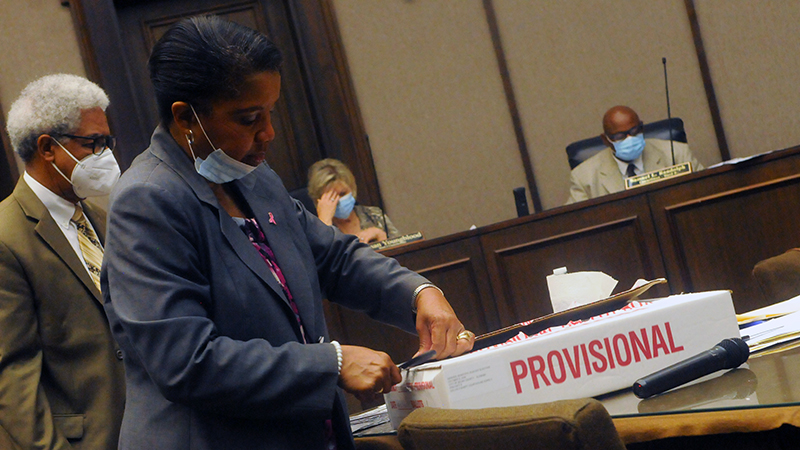 The Selma City Council met Tuesday at noon to count provisional ballots and certify the results of the runoff election held last week.

Selma City Clerk Ivy Harrison stated that 38 provisional ballots were submitted during last week’s runoff, but only 14 were approved.

Of those, one was accepted at each of the following locations: Memorial Stadium, the YMCA, the Dallas County Courthouse and East End Fire Station; another two were accepted from Woodrow Avenue Fire Station, three from Selma High School and five from the Christian Outreach Alliance (COA) facility.

At the Woodrow Avenue Fire Station box, Perkins collected two votes in the mayor’s race, while Chatmon and Young each collected one.

All three of the ballots at Selma High School went to Perkins, with Young collecting one vote and Chatmon collecting two.

None of the votes were enough to change the outcome of the runoff and the council voted unanimously to approve a resolution certifying the results.