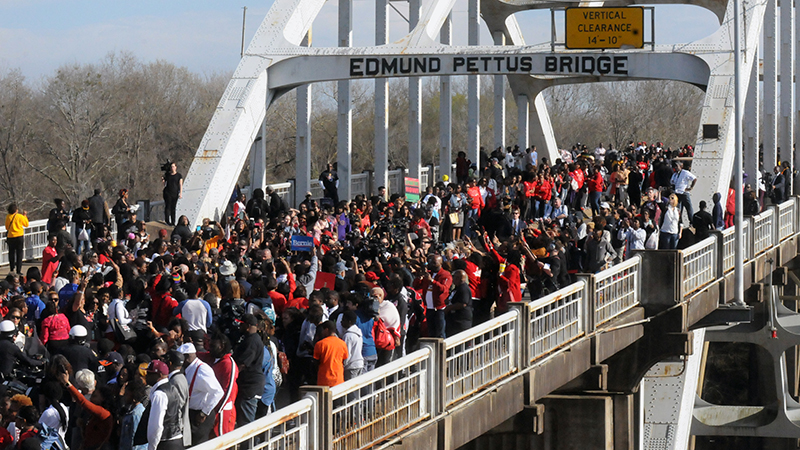 For the first time in its long history, the Selma Bridge Crossing Jubilee will be held virtually next year.

“For now, all activities including the march will be hosted virtually,” Glover said. “For the safety of the people of Selma and potential Jubilee attendees, we ask that you help prevent the spread of COVID-19 and join the celebrations virtually.”

Glover, who replaced Rose Sanders as the coordinator this summer, sees the positive of going virtual. The Bridge Crossing Jubilee, Inc. coordinates the annual event.

“Having the opportunity to modernize the historic event and take it to the global stage will provide access to countless new potential change-makers,” Glover said. “Our focus on developing new leaders and bridging the past with the present allows us to recommit to the struggle to build a better future.”

The Jubilee’s theme will be “Beyond the Bridge, People Power, Political Power, Economic Power,” with the goal to start worldwide conversations about the impact of key moments in history and building on the works of those who paved the way. The event will also honor late U.S. Rep. John Lewis, who symbolized the spirit of the civil and voting rights movements of the 1960’s.

Glover said the theme strongly represents the importance of celebrating an important part of American history and honor the ancestors of the Civil Rights movement and committing to the future.

The Jubilee will have interactive workshops, storytelling by Foot Soldiers of the voting rights movement, awards ceremonies, a virtual expo floor and a concert.