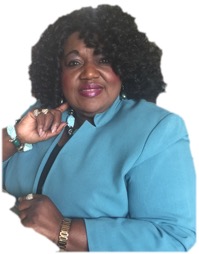 Glendia Ann Cole, the seventh child of William Hunter, Sr., who preceded her in death, and Lue Ellen Hunter was born February 25, 1959 in Selma.

Glendia was educated in the Selma City School System and was a proud member of the Selma High School Class of 1977. She was hired at Selma High School as the registrar in the early 1980s and worked there until her retirement in 2009. Glendia believed that education was the key to success.  She was an advocate for education, and showed her commitment to many students as she supported them in achieving their goals of achieving higher education.

Graveside services have been planned for Saturday, October 17, 2020 at 11 a.m. from the Mt. Olive #2 Missionary Baptist Churchyard Cemetery with the Reverend Anthony Shears, officiating.  The body will lie in state the day of the graveside service from 9 a.m.-10:30 a.m. in the sanctuary of Mt. Olive #2 Missionary Baptist Church with Lewis Brothers Funeral Home serving with excellence through professional service.