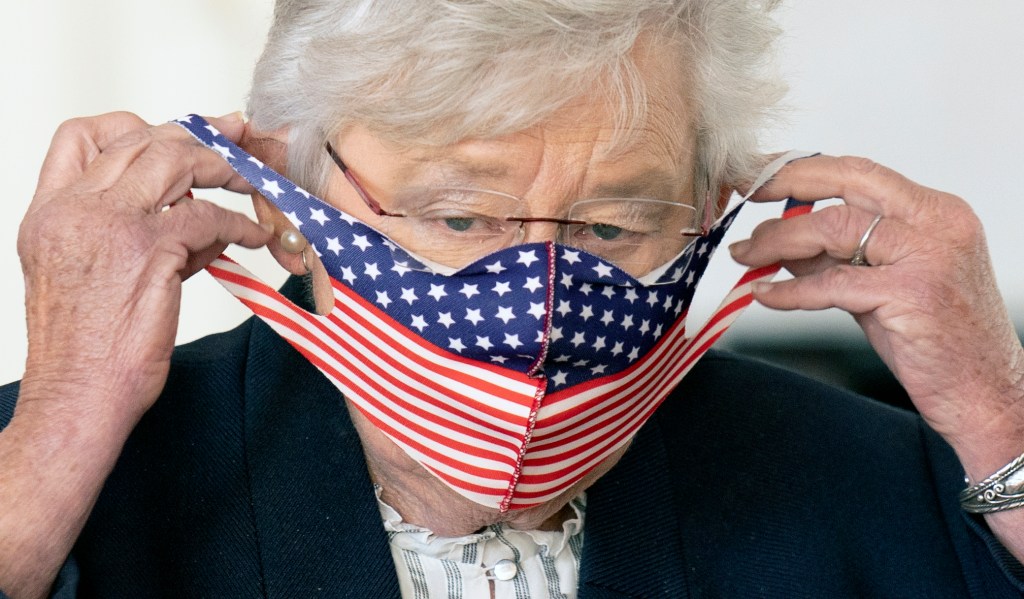 Alabama Gov. Kay Ivey on Wednesday announced the extension of Alabama’s Safer at Home Order and accompanying state-wide mask mandate for another five weeks, through Sunday, Nov. 8, in light of the ongoing COVID-19 pandemic.

“I know there are many people throughout the state that had hoped we would follow the lead of other states that have removed the mask order,” said Ivey. “We’ve heard from a lot of you, and I hear you. I look forward to removing the mask order as much as you do, if not more and I hope that can be sooner rather than not later.”

Ivey cited one reason for the extension of the state-wide mask mandate is to provide safety for both voters and poll workers during the Nov. 3 election.

“It’s important to have a safe environment for our poll workers, poll watchers and those of us who would like to vote in person,” she said. “Remember that voting in a free and open election is what separates America from many other countries. It’s also our sacred duty to vote, and I want everyone to do it and do it safely.”

“The fact is, our mask order, which we imposed on July 16, is working and the numbers speak for themselves,” she said.

“This mask order is working. It works and we have evidence of that,” he said. “That’s the main reason we’re seeing improvements.”

Before closing finishing his remarks at Wednesday’s press conference, Harris spoke briefly about the state’s plan to administer a vaccine for COVID-19 in the event one is successfully developed within the coming weeks and months.

Harris said the Alabama Department of Public Health (ADPH) is in contact with several agencies, discussing how to best distribute a vaccine and that the planning process will be an open and transparent one.

Harris also said that, in the event there is a vaccine soon, factors like vulnerability to the virus and level of exposure would contribute to who will receive access to the vaccine first.