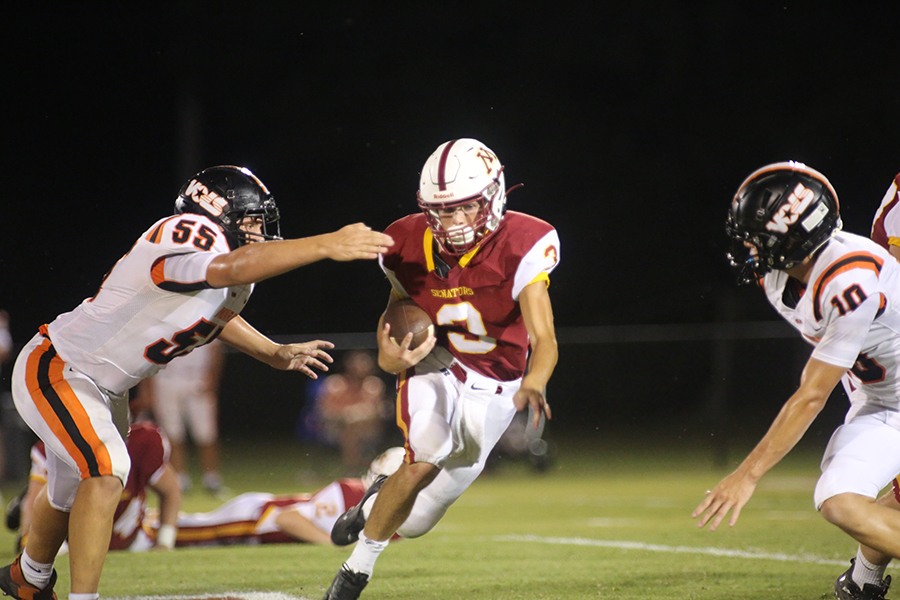 Morgan Academy returns home after suffering its first loss of the season.

Morgan Academy head coach and Athletic Director Danny Raines said the Senators have things to clean up after their 50-27 at No. 8 Patrician Academy last week.

“We need to have a good week of practice as we have much to work on,” Raines said. “I’m looking forward to improving this week and getting ready to play back home.”

Selma at Jemison: The Saints (3-2, 2-0) can move closer to earning a 5A state playoff berth with a third Region win on the road.

Javonte Stubbs and Dion Nelson remain the key to the Saints’ offense in their home debut at Memorial Stadium.

Southside at Prattville Christian Academy: The Panthers (2-3, 0-3) need a victory to keep their Class 3A playoff hopes alive.

“It was huge to get that win, especially in that fashion,” Panthers coach Charles Moody said. “We definitely needed that win to get the momentum going into Region play.”

Central-Hayneville at Keith: The Bears (3-2, 2-1) remain in good position to earn a Class 1A state playoff berth and possibly host a first-round game at J.V. Caldwell Stadium in Orrville.

Quarterback Terrell Lumpkin and running backs Quantavius Woods and DeCarlos Moore are the keys to the Bears’Wing-T offense.

Rin Hagood scored the Trojans’ only touchdown in their loss at Southern Preparatory Academy last week.