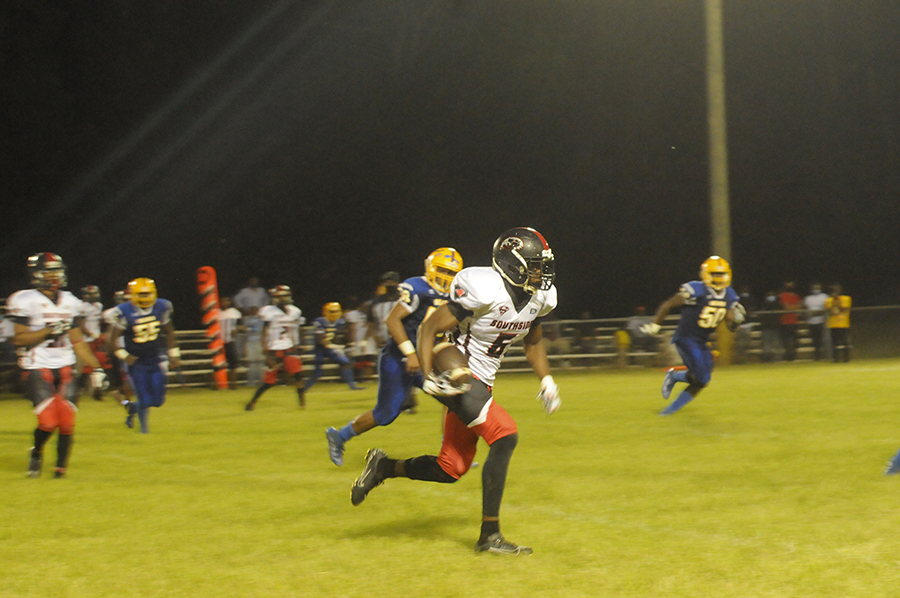 Southside found another way to pull out a dramatic win over one of its top Dallas County rivals.

Running back KeAndre Williams scored on a 5-yard touchdown in overtime as the Panthers beat Keith High 28-22 on Friday night at J.V. Caldwell Stadium in Orrville.

Southside (2-3) snapped a three-game losing skid as Williams ran for over 150 yards and three touchdowns.

“It was a gut-check win, we needed to win this game,” Panthers coach Charles Moody said.

The game went back and forth the whole night.

Southside answered to take a 8-6 lead when Williams scored from 5 yards out. Sam Taylor added the 2-point conversion run.

Southside tied the game at 14-all on Christopher Thomas’ 5-yard TD strike to Marriyon Johnson.

Keith tied the game at 22-all on Lumpkin’s 15-yard pass to a wide open Jaylen Jones with over 5 minutes left in regulation.

Lumpkin intercepted a halfback pass in the eond zone to keep the contest tied.

Moore finished over 140 yards on five receptions for the Bears. Keyshawn Tolbert had a interception for Keith, while Tyrell Pierce recovered a fumble.

Nash Gibson Jr. had a fumble recovery for the Panthers, who also beat Selma in the opener.