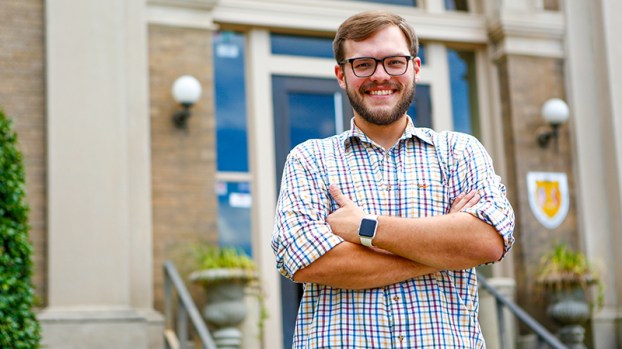 “Selma is at a crossroads that demands more from leaders than hollow, recycled slogans about moving our city forward,” Landon said in a press release accompanying the plan. “This critical moment requires next-generation public servants who have a plan for getting it done.”

The plan is based around five core planks in Nichols’ campaign, which range from public safety to fiscal responsibility and beyond.

“We’ve organized our plan for Selma and Ward 2 around the five planks of this campaign: Safe Neighborhoods, Good Infrastructure, Healing Grace, Responsible Budgets and Civic Engagement,” Nichols said. “I believe that with sustained collaboration between citizens, fellow council members, the mayor’s office and myself, we can accomplish these goals and ‘Build A Better Selma’ for everyone.”

Where public safety is concerned, Nichols proposes an increase in officers’ salaries, as both an instrument of  recruitment and retention, and full support for Selma Police Department (SPD) Chief Kenta Fulford’s community policing strategy.

Further, Nichols advises that all officers have access to adequate implicit bias and de-escalation training and recommends having more marked police cars on the streets and strengthened neighborhood associations with open-line of communication with the local police force.

Where infrastructure is concerned, Nichols recommended “wisely” using city resources,  rather than “wasting tax dollars on stopgap measures,” as matching funds to nab federal and state grants for a bevy of projects.

Nichols further recommended working collaboratively with the Army Corps of Engineers to protect the riverfront, working with the mayor’s office to improve the city’s tech infrastructure to be more in line with cities of a similar size and use existing underground broadband to provide “low-cost, high-speed internet to the citizens while generating revenue for the city.”

Under his “Healing Grace” plank, Nichols aims to establish the Selma Landmarks Foundation to raise funds  for the construction of monuments to honor local civil rights icons and claim Dallas County’s marker from the Equal Justice Initiative’s (EJI) National Memorial to Peace and Justice.

Where properly managing the city’s finances is concerned, Nichols proposes the following:

• Enforce collections of fines & fees owed to the municipal court – while creating a program through public works to allow for those with financial hardship to pay down their debts through community service;

• Invest revenue generated by tourism back into marketing our attractions and assets to generate increased tourist revenue;

• Secure new investments into Selma by leveraging our Opportunity Zone and professionally representing the city to prospective outside investors;

• Embark on deliberate budget reviews to ensure our allocations align with our priorities and our needs, then conduct a thorough contract and bid review to ensure that all contractors for service are professional, qualified and good stewards of our tax dollars.

Nichols’ full plan can be viewed online at www.nicholsforselma.com.

The Alabama River flows some 318 miles through the richest agricultural and timber districts in the state, and has long... read more