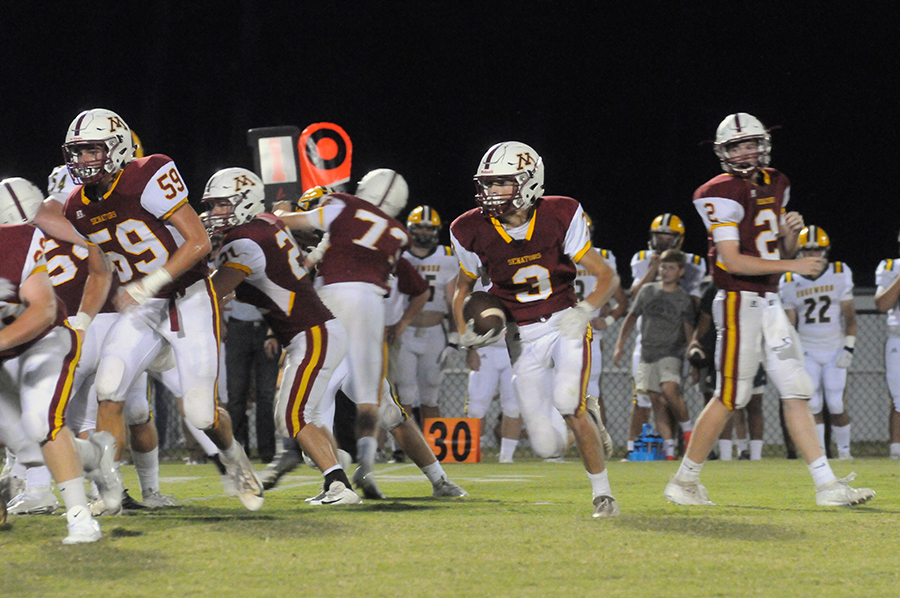 It was senior night for the Senators.

The Senators dominated the first half, leading 14-6 at halftime.

Thomas and Williams connected on scoring plays of 20 and 97 yards in the second quarter for a 14-0 lead.

The second scoring play came on three play, 99-yard drive after Utsey recovered a fumble at the goal line, preventing the Volunteers (1-2) from possibly tying the game.

Thomas added a 2-yard TD run to put the Senators up 21-6 late in the third quarter.

After the Volunteers climbed within 21-14 in the fourth quarter, Utsey took over the game to ice it for Morgan Academy.

The senior overcame fatigue and delivered in the clutch for the Senators.

Utsey’s 3-yard TD run extended the Senators’ lead to 27-14 with over 8 minutes left in regulation.

The Volunteers would not go away, climbing within 27-20 two minutes later.

Utsey, the reigning Selma Times-Journal offensive player of the year, clinched the game with a 40-yard TD run.

When a worn-out Utsey walked off the field, Raines screamed to him, “You’re the man.”

Utsey finished with 155 yards on 22 carries and two touchdowns.

Williams, a former running back, caught four passes for 146 yards and two touchdowns. Thomas had six completions for 174 yards, two touchdown passes and a running score.