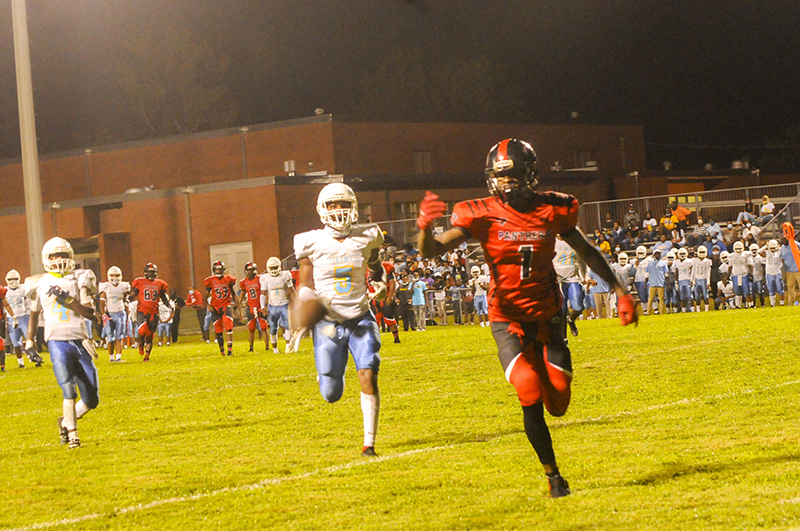 Southside High is coming off its biggest football victory in years.

“Greensboro will be good, athletic, similar to Selma,” Panthers coach Charles Moody said. “We just have to clean up mistakes, and keep improving.”

Quarterback Christopher Thomas was 12 of 15 for 155 yards and touchdown. He also ran for 47 yards and another score. KeAndre Williams scored three touchdowns. Marriyon Johnson caught the game-winning touchdown reception from Thomas.

Morgan Academy rallied to beat Wilcox Academy in their season-opener behind a balanced offense, as Quarterback Andrew Thomas threw two touchdown passes, running back Holt Utsey ran for two touchdowns. Chris Gardner caught a touchdown pass and ran for another.

“I’m looking forward to it, I hope that we can have a good night,” Senators coach Danny Raines said.

Selma at Marbury: The Saints (0-1) have put the Southside loss in the rear view mirror and focuses on Marbury.

“They are a disciplined football team,” Selma coach Will Gandy said. “They are well coached and play assignment football on defense. This will definitely be a tough game for us.”

Quarterback Rodrick Ward was solid in his first start, throwing for 174 yards and accounting for two touchdowns.

Bibb County at Dallas County: The Hornets (0-2) are searching for their first victory of the season against a talent-laden Bibb County team. The Choctaws are ranked second in Class 5A.

“We are looking forward to the opportunity,” Hornets coach Heath LeVert said. “Our team grew leaps and bounds last week and hopefully we can continue to grow as the season continues. Bibb County is a powerful team with great weapons on both sides of the ball. Hopefully, we will be able to use our team speed to help the ball roll in our favor.”

Marquavious Pullom and quarterback Joshua Brown each scored for the Hornets against Marbury last week.