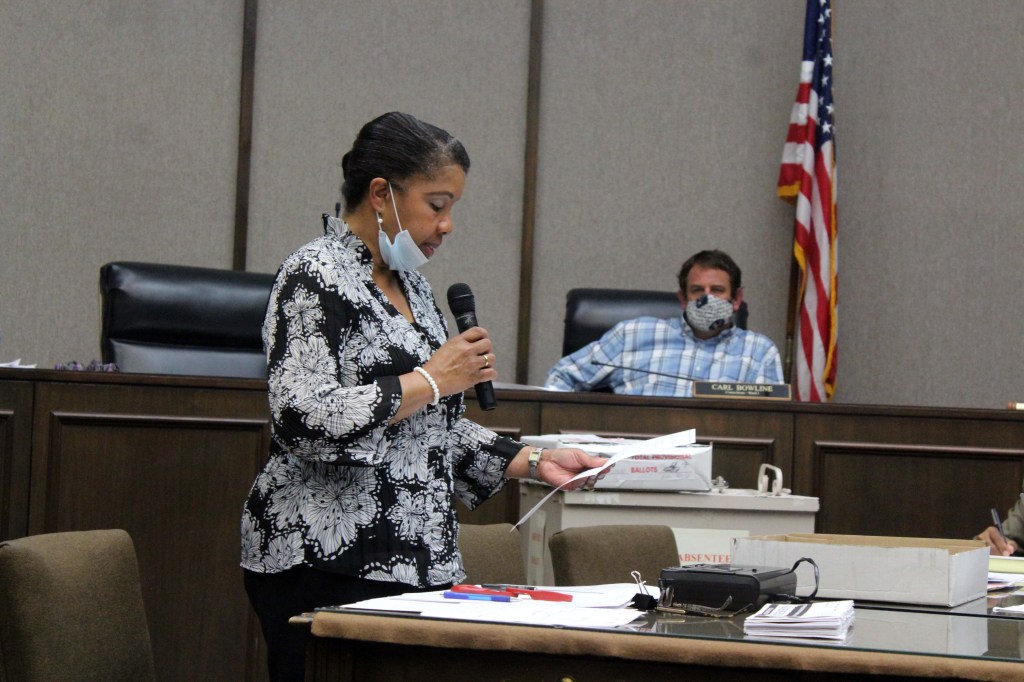 However, Tuesday’s meeting immediately failed to go as expected when City Attorney Major Madison did not arrive with a resolution to certify the election in hand.

According to Madison, Selma Mayor Darrio Melton phoned Madison’s office, as the resolution was being drafted, and requested that the resolution be drafted by the City Clerk’s Office instead.

Madison said Melton gave no reason for his request, made only hours before the canvassing was scheduled to take place.

Melton, absent from Tuesday’s meeting, failed to comment on his request to the City attorney’s office.

Melton’s request delayed the canvassing and certification of the election by over an hour, blindsiding the Selma City Council, none of which were made aware of the events prior to arriving at Tuesday’s meeting.

“This is a slap in the face,” said Ward 2 Councilwoman Susan Youngblood.

The confusion Tuesday drew similar reactions from the rest of the Selma City Council, and after several exchanges of words between the City Attorney and members of the Council, the council agreed to go ahead and canvass the provisional ballots as the resolution to certify the election was being drafted by the City Clerk’s office.

Provisional ballots are used to record a vote when there are questions about a given voter’s eligibility.

According to the results read by Selma City Clerk Ivy Harrison, out of 25 provisional ballots, only seven were counted, the other 18 were deemed invalid by the Dallas County Registrar’s Office.