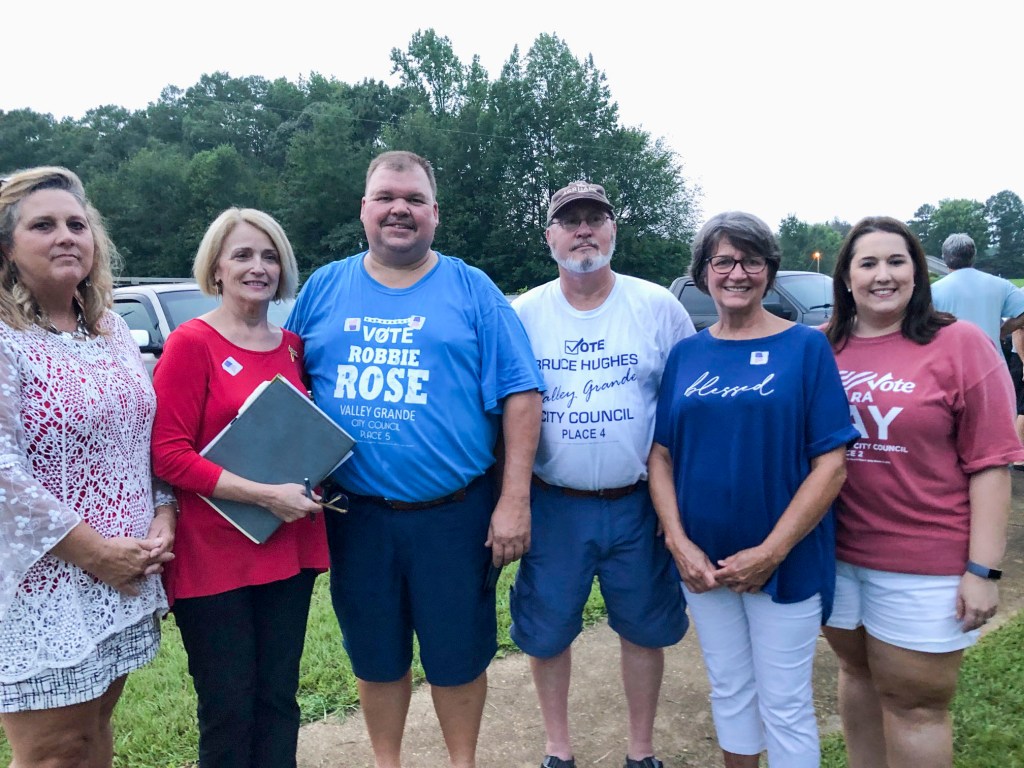 Valley Grande will have a new City Council next year.

Harris returns to the Valley Grande Council, serving from 2012 to 2016.

“I’ve been on the council before and I enjoyed it,” Harris said.

Huge smiles covered the faces of Davidson and Day as both were flushed with emotion after city clerk Janet Frazier announced the results.

“I’m just super excited to give back to the citizens of Valley Grande,” Day said.

“I’m interested in what’s going on in Valley Grande and I want to give back to the community,” Davidson said.

Robbie Rose said he brings a business approach to the city council.

“I have a small business and I just want to help Valley Grande grow and become successful,” Rose said.

“I want to be re-elected and serve the people of Valley Grande, but there are great people in Valley Grande,” Troha said. “It’s a win-win situation.”

All of the incumbent councilmen showed class after the election results were announced, congratulating their opponents.