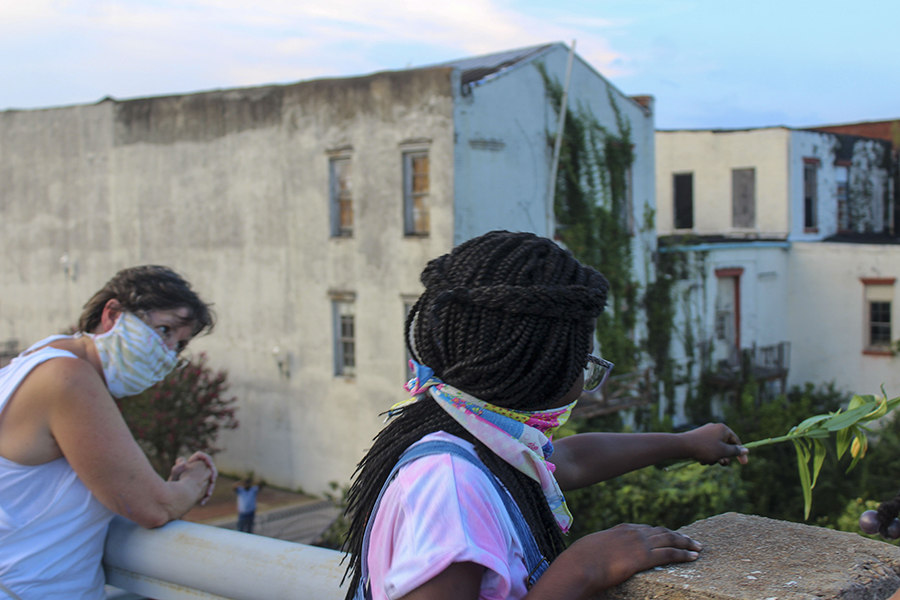 Marley Knox throws a flower into the Alabama River at the Edmund Pettus Bridge, as AC Reeves looks on. James Jones|Times-Journal

A closing ceremony was held Sunday in downtown Selma, where the mural project took place, entitled, “Revolution of Joy,” through a partnership with Can’d Aid.

Members of the community performed songs, prayed at the healing wall. The ceremony concluded as participants walked to the Edmund Pettus Bridge carrying magnolia blooms and released them into the Alabama River.

The Dallas County Sheriff Office, Selma Police Department and 100 Black men of Selma were among the organizations that painted the mural.

“I’m really proud,” Taylor said. “I want to make Selma the art capital of the South. “I think the Black Belt is a treasure. There’s so much history, and it’s culturally rich. It needs to be appreciated by more people.”