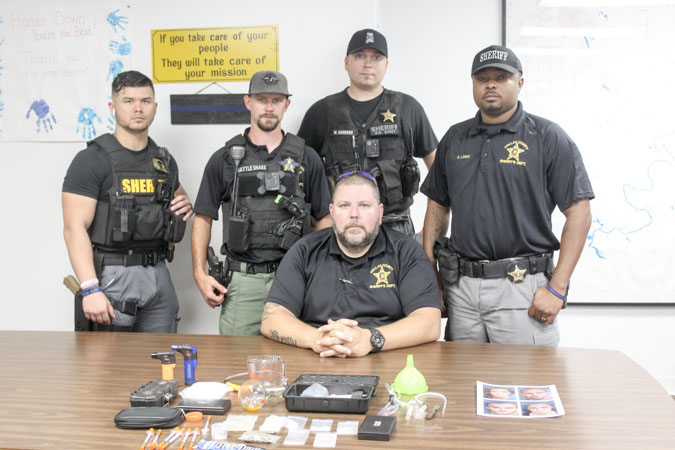 According to Dallas County Chief Deputy John Hatfield, Tommi Kay Vanderslice, Christy Utsey, Joseph Howell and Mason Brady were all charged with second-degree possession of marijuana and three counts of possession of controlled substances at the Selma Hotel on Sunday. Utsey and Vanderslice are women.

Hatfield said the DCSO K-9 Unit made contact with a vehicle in the Selma Hotel, located on 1710 West Highland Avenue around 6:30 p.m. Sunday evening. He said officers followed the suspects in the hotel room and found meth, heroin and marijuana in the room.

Elliott Lipinsky, Brady’s attorney, said the next hearing is set for September 8 at 1:30 p.m. He also said Brady will enter a plea of not guilty.