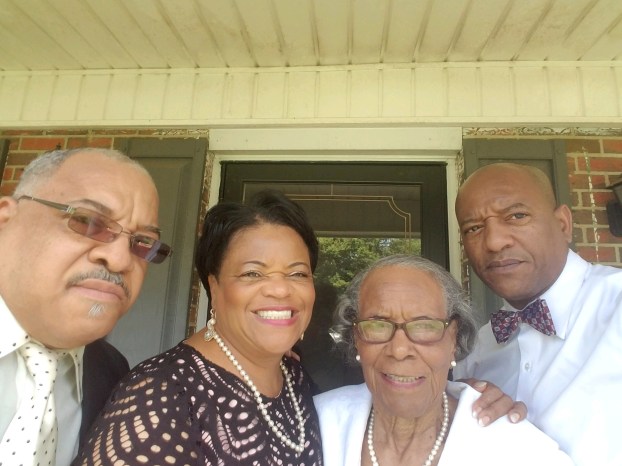 Doris Jemison Johnson was recognized for her contribution in the Civil Rights movement last weekend.

Family and friends gave Johnson a birthday parade at her Selma resident. A dozen vehicles drove past Johnson’s home to wish her a happy birthday. Johnson celebrated her 91st birthday Tuesday. Tears filled Johnson’s face as she glanced at the joyous mini parade.

Johnson was born in Sprotts, a small town in Perry County.

Johnson and her husband, the late J.C. Johnson, owned the East End Café from 1950 until 1974. During the Civil Rights movement, the Johnsons fed several civil rights leaders that included Dr. Martin Luther King Jr. and U.S. Rep. John Lewis, D-GA. The Johnsons also opened up their home for meetings or rallies to white civil rights activists not permitted to stay in local hotels because they supported the movement.

The Johnsons, who were married on Christmas Day, 1953, provided transportation for residents to the voting polls. They had seven children. Following Bloody Sunday and Voting Rights Act of 1965,  Johnson enrolled her daughter, Doris Jean, into Edgewood Elementary School with the children of two friends, resulting in the integration of the Selma Public School System later that same year.

Johnson said she was saddened by the passing of Lewis on July 17. Brown Chapel AME Church honored Lewis on July 25-26 and his casket was carried over the Edmund Pettus Bridge to the state capital in Montgomery.

“John Lewis made good trouble that changed the world and promoted racial justice,” Johnson said. “He lived a wonderful life.”

Johnson, an active member of Mt. Zion Baptist Church and the Pride of Alabama Elks Lodge, worked at the Social Security Office and the Juvenile Detention Office part-time for several years. She was also Ward 5 Chief Inspector for many years.