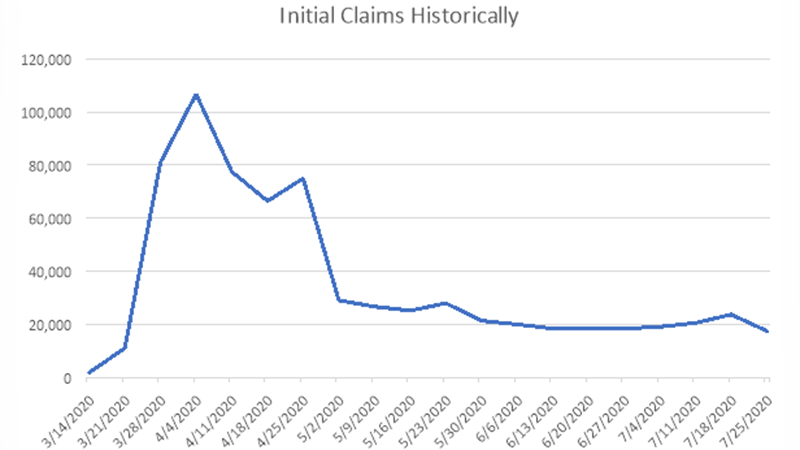 More than 15,400 of the claims filed last week were related to the growing COVID-19 pandemic.

The unclassified sector continues to be the hardest hit, making up 7,700 of last week’s new claims, followed by the manufacturing sector, which shed more than 2,000 jobs last week, as well as the accommodation and food services sector, the remediation services sector, the retail trade sector and the healthcare and social assistance sector, each of which made up more than 1,000 of the claims filed last week.