While a gaggle of candidates has already announced their plans to jockey for the position of Selma Mayor or serve on the Selma City Council, Johnny Moss, III was the first to announce a bid for a Selma City School Board position earlier this week. 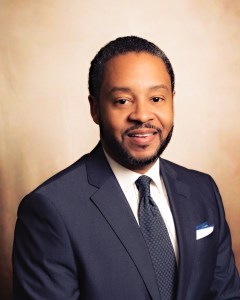 Moss, the incumbent Selma City School Board President will seek reelection for his current position and hopes to continue to serve the teachers, students and parents of the Selma community.

“I am honored to officially announce my reelection candidacy for chairman of the Selma City School Board,” said Moss. “My relationship with the school district began as a committed public school teacher and I have two children who have been Selma City School students since kindergarten, attending Meadowview Elementary.”

Aside from serving as Selma City School Board President, Moss also works as Director of Marketing and College Relations at Wallace Community College-Selma.

“For over three years, I have had the pleasure of serving teachers, parents, students, and the entire Selma community in my role on the Board of Education, said Moss. “I am seeking reelection in 2020 so I can continue to advocate for transparency, keep our local community a priority, and be a leader that produces results for our city’s school system.”

At the end of the day, I am a father who is passionate about Selma and wants to help make a difference for ALL children and their futures,” Moss said. “I ask for your support because I am still, and will always be dedicated to our children’s future!”