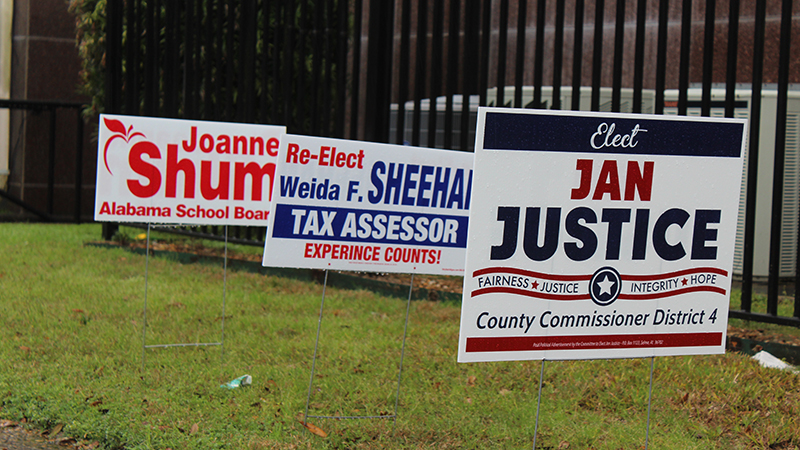 Dallas County’s Primary Run-off Election will finally take place this Tuesday, July 14. Originally Scheduled for March 31, the election was pushed back by Alabama Secretary of State John Merrill due to the ongoing COVID-19 pandemic.

While many citizens have COVID-19-related safety concerns as election day approaches, Dallas County Probate Judge Jimmy Nunn said that the probate office has developed a clear plan for safety on Tuesday.

“Although the virus is a major concern of ours, citizens of Dallas County should be assured that the Probate office is implementing clear safety plans to protecting person voting at the polls on July 14,” he said. “On the day of the election, we are asking citizens to be patient with the election process and the election officials. Although there will be many precautionary measures in effect, everyone will be allowed to exercise their right to vote on election day.”

The Probate Judge said the following safety precautions would be in place on Tuesday: All equipment at each voting precinct will be sanitized and disinfected prior to use of the same; All poll pads, pens and equipment will be disinfected and sanitized on a regularly basis during

the day; Every election official will be required to wear mask and have their temperature checked; Every election official will have the option to wear face shields; Every voter will be strongly encouraged to wear mask, have their temperature checked and wear gloves; Hand sanitizer and disinfect wipes will be made available to all voters; Voters will be required to adhere to the 6-foot social distancing rule at each precinct; and personal protection equipment will be provided to voters who do not bring their own.

Nunn expressed his pride in the Dallas County Election Staff for their hard work amid a pandemic.

“In light of this virus, I am proud of our election team and I am completely satisfied with the clear safety plans in place to protect our citizens during the July 14 primary run-off election,” he said.

Reubin’s only challenger, Connel Towns, will return to the Dallas County Commission next year after winning 50.44 percent of the vote in March. Towns held the District 1 seat on the commission for several years before Reubin became the first woman to serve on the commission in 2016.