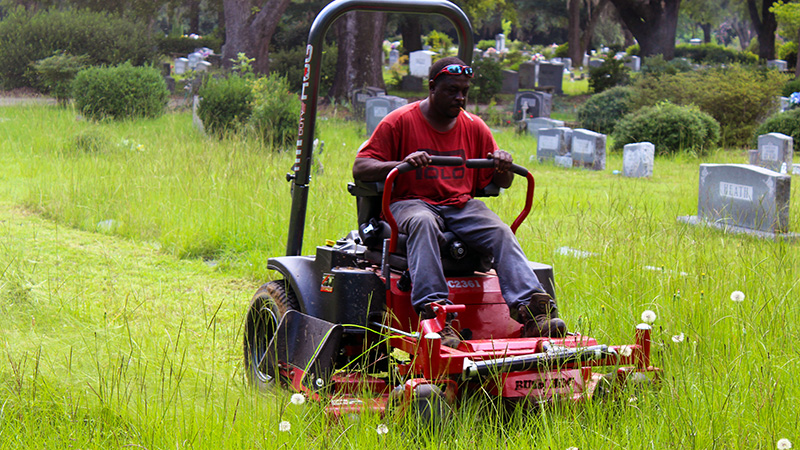 LeMarkus A. Snow’s volunteer work across Selma has caught the attention of Queen City residents.

“Over the past few years, regression in the City of Selma has lingered due to the lack of staffing,” Melton wrote. “Yet, there is a glimmer of hope when local residents demonstrate great civility by taking up measures to assist in the cleaning and grass cutting in our City. I am grateful for the civility that LaMarcus Snow has demonstrated by relentlessly restoring the vibrance of public and private cemeteries in the City.”

Snow said he’s grateful for the donations, but insists it’s not about him. Snow’s Cleaning Service workers have been cutting grass and weed-eating at City Hall, Riverwalk Park, local cemeteries and Selma Convention Center.

“I feel great about getting the donations and praise, but my services are free,” Snow said. “I do these jobs to pay my workers.”

Snow is a full-time worker at Hyuandi Transformers in Montgomery and works daily until 4 a.m.

TKO hands out supplies to those in need