Meet The Selma Times-Journal softball player of the year 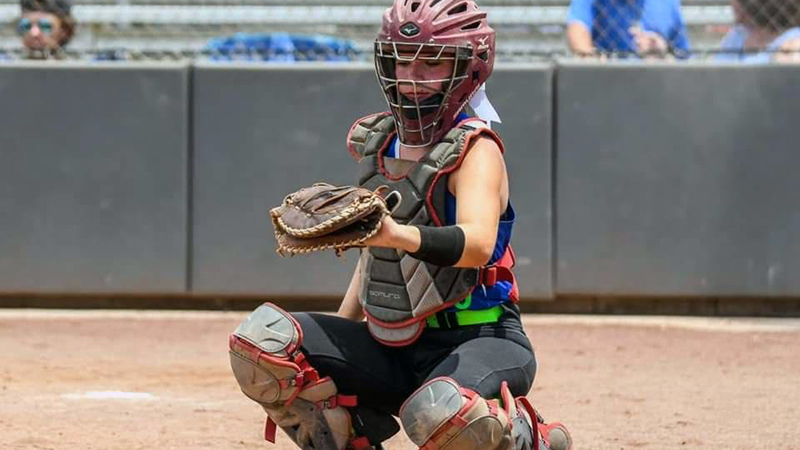 Morgan Academy catcher Leanna Johnson is The Selma Times-Journal softball player of the year in 2020.

Leanna Johnson had big shoes to fill on the Morgan Academy softball team.

Not only did Johnson exceed expectations, she earned The Selma Times-Journal softball player of the year.

“I knew catcher was a big position on the team,” Johnson said. “Getting the starting catcher spot was exciting.”

“Leanna stepped up and did a great job, she caught all summer for travel ball,” Grimes said.

Despite being a sophomore, Johnson said she embraced a leadership role for the Lady Senators.

“You must have a good attitude at practice, listen to the coaches and set a good example,” Johnson said.

Grimes said Johnson’s work ethic and dedication made her a standout.

“Leanna is a hard worker with a true love for the game,” Grimes said. “She is one of the few who would stay after practices or games to put in extra work and worked hard all year long.”

Johnson understands the catcher’s role on the softball team.  Johnson currently plays travel ball for a team based out of Baton Rouge, Louisiana.

Morgan Academy went 0-8, but most of those games were played in the Lady Senators Softball Tournament.  Their season was cut short from COVID-19 pandemic when Gov. Kay Ivey ordered the closing of K-12 schools statewide on March 13 and the AISA officially ending spring sports a month later.

“It was very disappointing that our season was cut short,” Johnson said. “I was looking forward to playing more games. I felt that we would’ve gotten better if the season continued.”

“It was sad because I didn’t get to play with my good friends anymore,” Johnson said.

Johnson also plays basketball at Morgan Academy, but nothing comes close to softball.

“Since we won’t have any seniors next season, I’ll be a leader,” Johnson said. “I’ve always felt that I’ve been a leader.”

The future looks bright for Johnson, who could land a Division I scholarship offer next year.

“She is a great catcher with a gun for an arm,” Grimes said. “She has a great future ahead of her.”

Meet the Selma Times-Journal softball coach of the year