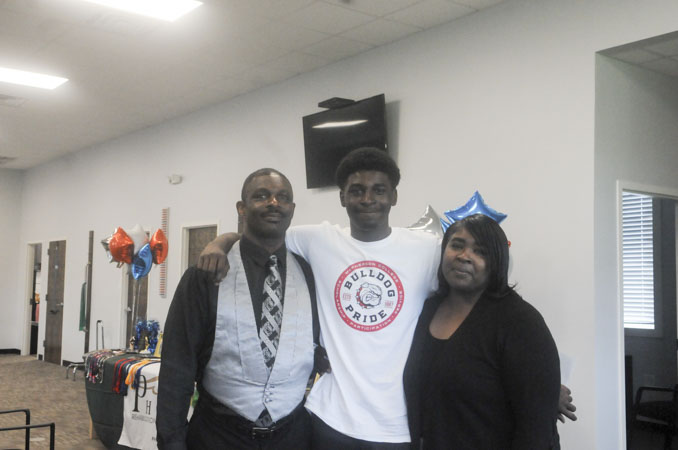 Walker announced Sunday that he will sign a track scholarship at McPherson College at Phoenix Rehabilitation and Health Services.

“The choices were really hard, it was a tough decision,” Walker said.

The signing ceremony was delivered more as a tribute to Walker. Family and friends paid tribute to Walker.  Video of Walker, ranging from his arrival in the world to his athletic career between little league baseball and running track at ECA.

Jeffrey Walker, ECA track coach and Walker’s dad, was master of ceremonies. His mother, Carol Brown and younger sister, Rashani Walker, both cried during the ceremony.

“The 56 scholarship offers Malachi got was because of his hard work,” Jeffrey Walker said. “He worked hard. If he continues to keep God first, he will be alright.”

Walker said he was grateful for the support of his family and friends.

“Everyone struck with me through tough times,” Walker said. “I appreciated my family and friends being there for me.”

“I’m looking forward to running track in college and get better,” Walker said.

Walker plans to major in Computer Science, with a goal to become a Game Designer.