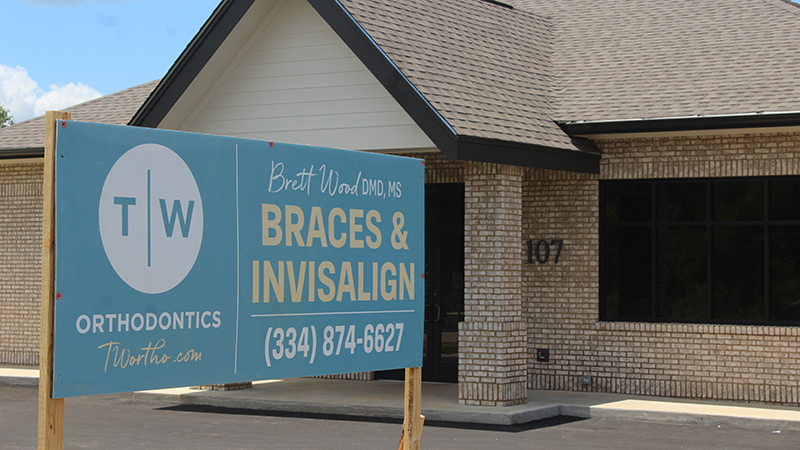 The Selma Office of TW Orthodontics moved from its previous location on Church Street to a brand-new office at 107 YMCA Drive.According to Office Manager Savannah Lowe, the relocation came at just the right time.
“Business at the practice has really boomed within the last few years,” she said. “It’s been in the works for a couple of years and now seemed to be just the right time for it.”
Lowe says the new office is much larger and more technologically advanced than the previous location.
“The office is much, much bigger than it was before,” said Lowe. “Our original office only had four chairs and now we’ve expanded to eight chairs, so we can see twice the number of patients at a time.”
Among the new state-of-the-art technology at the office is 3-D scanning so patients no longer have to sit through having impressions made of their teeth.
Lowe also described the space as a welcoming environment designed to put people at ease as soon as they enter the lobby.
“It’s a very clean, welcoming environment,” said Lowe. “It’s also very upbeat. I know a lot of times people have feats when it comes to dentistry and dental work but we have a very experienced staff and the environment just ties into that. It feels safe and fun. We like to say that we create smiles.”
TW Orthodontic’s Selma practice is lead by Dr. Brett Wood, a Selma Native.
Wood took over the original practice on Church Street from his mentor Dr. Bryant Speed.
Speed ran the practice for more than 40 years.