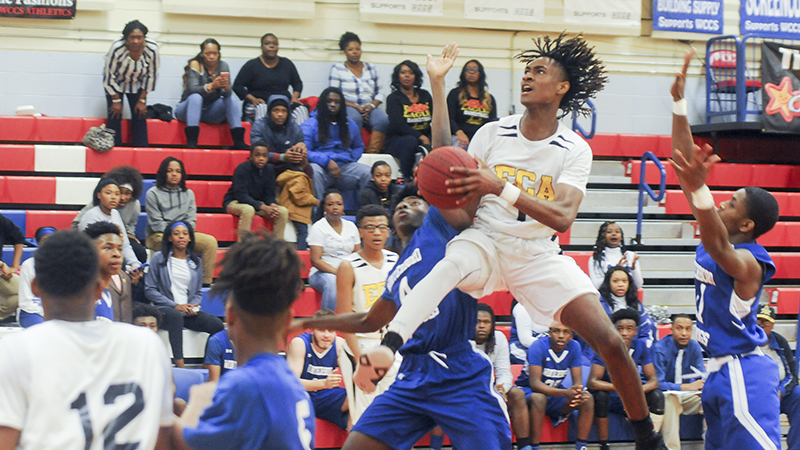 Ellwood Christian’s Justin Bufford drives through the lane for a contested layup in ECA’s 69-59 win over Winterboro in the sub-regional game. ECA advances to the regional tournament in Montgomery.

Bufford, The Selma Times-Journal basketball player of the year in 2019, spent last season at Montgomery Catholic.

“I wanted to go at my own pace, so I was like maybe JUCO might be a good start for me and knowing that Northwest Florida has a lot of good products coming out of there,” Bufford said.

Bufford averaged 22 points a game as a junior, leading the Eagles to the Class 1A Southwest Regional Semifinals. He also played in the North-South All-Star game last summer, scoring 19 points.

In a release, Northwest Florida men’s basketball head coach Butch Pierre said Bufford will be a strong addition to the Raiders’ roster for the 2020-2021 school year.

“What I like about Justin is that he has been coached by someone familiar with the Panhandle Conference,” Pierre said. “He’s a player with size, he’s a winner, has a high basketball IQ, and is a playmaker at multiple positions. He’s a kid that can make plays and that’s what you need in the toughest junior college league in the country.”