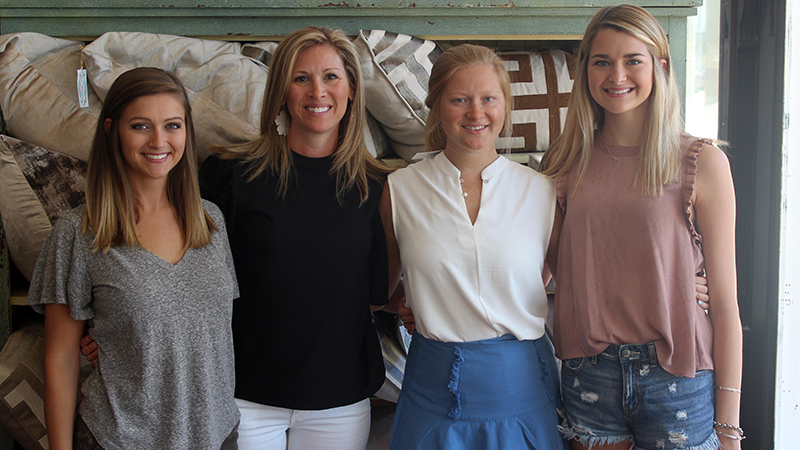 Retail stores that have had their doors shuttered for roughly the past month reopened across the state on Friday as Gov. Kay Ivey’s shelter-in-place order was lifted and a ‘safer at home order’ took its place.
Under the new order, Alabama’s beaches have reopened, non-emergency medical procedures have been allowed to resume and, as retail stores open, they must retain a 50 percent occupancy rate and practice proper sanitation practices and adhere to social distancing.
One such retail store that reopened Friday morning was Selma’s own Queen City Market, located at 201 Broad St.
The Broad Street storefront that sells an eclectic mix of boutique furniture, clothing and accessories has had its doors closed since March 27, roughly one month.
“We define ourselves as a furniture boutique, first and foremost,” said Queen City Market Manager Meredith Smith. “Our main seller is furniture and we do a lot of decorating jobs, the owner [Mandy Henry] is an interior decorator. That’s the majority of our clientele. But the clothes accessories and gifts do bring a lot of people in too. We love the clothes. That’s just something that’s fun to sell.”
Smith expressed tremendous relief to once again have the store open to customers of Friday morning.
“We were very nervous to hear what the governor would say,” said Smith. “We’re definitely relieved now. All these bigger box stores, like Walmart, have had no issue but we, as a small business… are very, very relieved.”
For the past month, Queen City Market has relied solely on online sales, which account for only a fraction of the store’s business.
“We definitely missed out,” said Smith. “Having to shut our doors really made everything real, but we know it was the right decision for the safety of our customers. All we could do though was our best, our best to reopen.”
Now that the store is up and running again, Smith said it will be no trouble being mindful of preventing the spread of the virus by practicing social distancing within the store and regularly cleaning items after customers touch them.
“It will be an adjustment, but we’re definitely going to be mindful,” said Smith. “We are thrilled to have everyone back. Don’t be scared to come in. We are taking the right precautions and just ask that everyone else do the same… We’re all in this together.”