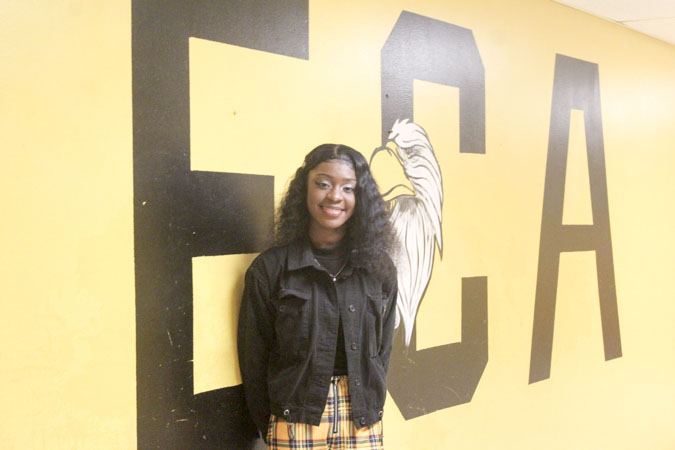 Domeria Pratt wanted a chance to end her stint at Ellwood Christian Academy on a good note.

The opportunity ended for Pratt on March 13 when Gov. Kay Ivey ordered the closing of K-12 schools statewide and AHSAA shutting down sports.

“It’s very frustrating because I wanted to be in school and do senior class stuff,” Pratt said. “I wanted to make more memories at Ellwood Christian Academy.”

Pratt was a high-scoring guard on The Selma Times-Journal All Dallas County girls basketball team and a cheerleader for the Lady Eagles.

Pratt said a big moment of her ECA days was the beginning of her varsity basketball career under coach Nate Brown as a freshman three years ago.

“My favorite memory is from ninth grade when I joined the basketball team,” Pratt said. “When I came here, I wasn’t very good. By the time I was in the 10th grade, I improved as a player.”

The hard work paid off as Pratt finished her final two prep seasons on The Selma Times-Journal All Dallas County girls basketball team.

“When I showed Domeria stuff, she started playing real good,” Brown said. “She got better as a sophomore and a junior. She developed a work ethic.”

Pratt will graduate with honors next month. She has a 3.4 GPA and her goal is to have a career in the Coast Guard.