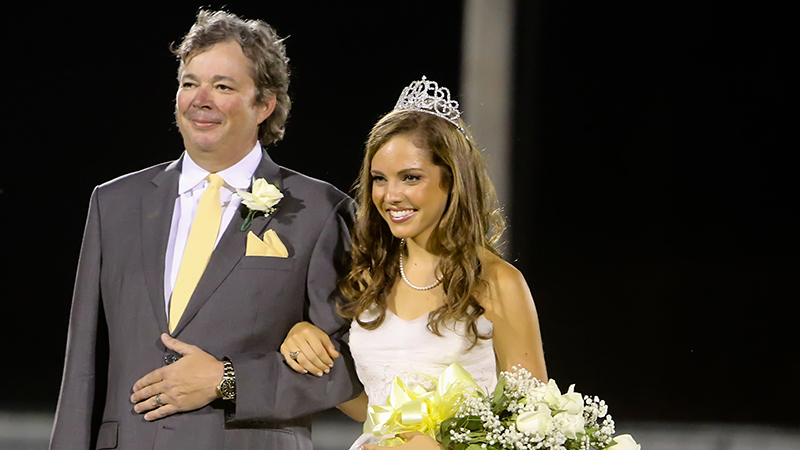 “Tennis is my favorite sport,” Pearce said. “Being part of the school’s state title run is the best feeling ever. It’s one of my favorite memories at Morgan.”

Getting crowned homecoming queen also stands out for Pearce, who was escorted by her father, David Pearce.

“It was a lot of fun being homecoming queen and I love our homecoming court,” Pearce said. “It was so much fun having my dad beside me. He was excited too.”

Pearce said it was difficult when Gov. Ivey closed K-12 schools because of the COVID-19 pandemic and taking classes online.

“It’s very frustrating because I really miss my friends and I’m not able to play sports,” Pearce said. “I think we would’ve won a fourth straight tennis championship.”

“I love Football Fridays and our pep rallies,” Pearce said.

Pearce will graduate at Morgan Academy with honors. She has a 4.2 GPA and 28 ACT score.

After graduation, Pearce plans to attend Auburn University in the fall. She’s currently undecided on a major.