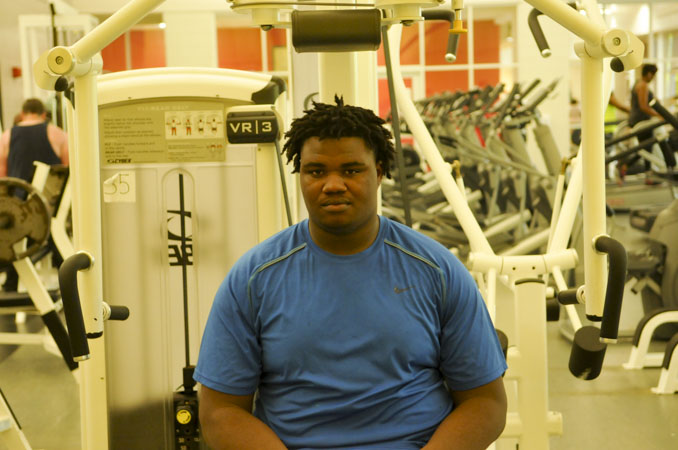 The COVID-19 pandemic closed the schools statewide for the rest of the spring, forcing online classes and putting graduation ceremonies up in the air.

Wright, an All Dallas County offensive lineman for the Saints, said it’s tough not being around his classmates.

“It’s very hard missing out not just grinding, it’s getting ready to talk to them and be around them when we are out of school,” Wright said.

Wright plans to spend the next four years at Auburn, where he signed a national letter of intent during the early NCAA Signing Period.

At 6-foot-5 and weighing 325 pounds, Wright has the size and skill to make an immediate impact should college football be played this season.

Wright has already qualified academically to play as a true freshman.

Wright had a productive winter, earning a Top 10 finish in Class 6A shotput at the AHSAA Indoor Track meet.

The coronavirus kept Wright from participating in the AHSAA Outdoor track competition. He expected to do well in the Shot Put.

“I was looking forward going to state in outdoor track,” Wright said. “I really wanted to win a title so I can have a ring and have a good look for our school in track.”