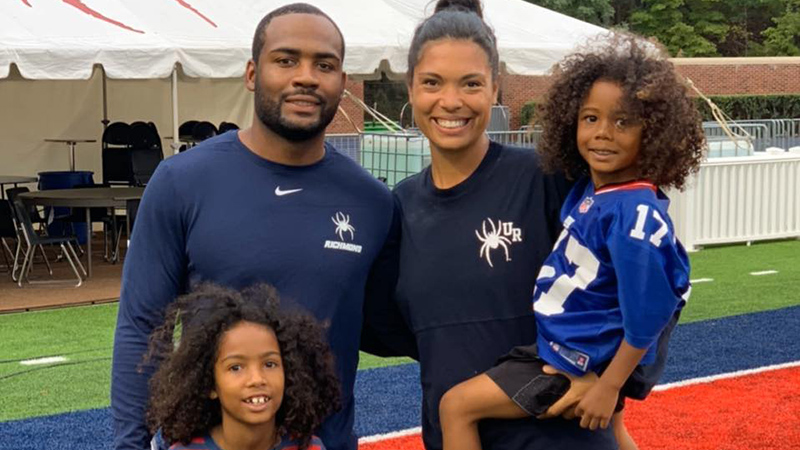 Roderick West Jr. is enjoying his rise up the college football coaching ranks.

The Selma native is a co-defensive coordinator at the University of Richmond. West earned the promotion after spending the last few years as cornerbacks coach.

“Things are going very well at Richmond,” West said. “Richmond has a great football program and we play a tough schedule.”

West got off to a great start in his new  role until the NCAA suspended spring football practices last month because of  the COVID-19 pandemic.

“We got five practices in and you could see the growth and potential of the players,” West said. “In my opinion, defense is playing as well as they have played since I’ve been at Richmond. They’re doing extra things and playing with passion. We need to make sure we don’t lose momentum and keep improving.”

West was a standout at Selma High School in the early 2000’s. He graduated from Selma High in 2005 and signed a scholarship with Alabama State University.

“Coach Lowe did a good job turning around the culture at Selma High,” Lowe said. “He exposed the players to a lot of things and ran a consistent offseason program. We did velocity training in Montgomery and went to football camps. It made me realize how special football could be. I was blessed to be around a great coaching staff at Alabama State who installed a lot of values, work ethic and how to prepare for games.”

West became an assistant coach at ASU. He coached at Kentucky Christian, a NAIA school in 2009, working with defensive backs and assisting with academics.

“I didn’t know what I was doing at Kentucky Christian, but the coach allowed me to find my way,” West joked.

West spent the 2011 and 2012 seasons as special teams coach at Texas A&M-Commerce and worked under Spiders coach Russ Huesman at Tennessee-Chattanooga from 2013 to 2014 as cornerbacks/dimes coach.

West occasionally returns to the Queen City where his father, Roderick West Sr., still resides. West said the city’s youth baseball and football a big role in his development.

“For my generation, we had dedicated football and baseball coaches throughout the city,” West said. “It was one of the better things we had growing up.”

West and his wife, Marcie, have two children, Maya and Major.