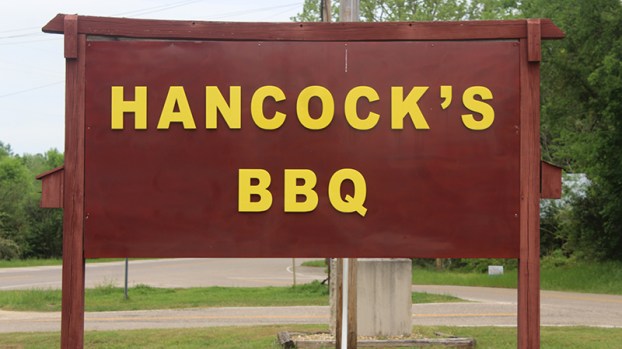 On March 19, Gov. Kay Ivey issued a statewide ordinance prohibiting on-site consumption of food and drinks at all “restaurants, bars, breweries and other similar establishments” due to the ongoing COVID-19 pandemic.
“It’s a real shock,” said Emily Hancock, one of the owner’s of Hancock’s Barbecue. “It’s just really hard to believe. Never in my life did I think we’d have to close down because of a virus.”
Despite being “not as busy” due to the pandemic, Hancock said the restaurant continues to be supported by it’s regulars through take out orders.
“We had people who came in five days a week,” said Hancock. “And they’re still coming in five days a week. We’re so thankful to the community, they’re helping us keep our doors open.”
Across town at Golden Ranch BBQ & Grill, business has similarly shifted to pick-up only.
“We’ve moved to curbside pickup only to protect our families and our customer’s families,” said Tracy Stevens.
Stevens said that, due to they outbreak, the Golden Ranch has had to lay off a lot of its staff in order to stay float.
“It’s just been heartbreaking,” said Stevens. “But it’s something we had to do so they could file for unemployment.”
Stevens said that while business at the restaurant has slowed down, regulars are still placing to-go orders over the phone and subsequently bragging about the food on Facebook.
“It’s been so great to see all the positive feed back and support during this time,” said Stevens.
Stevens said it’s important for the community to adhere to social distancing practices and to stay at home when possible.
“A lot of people aren’t taking this very seriously,” she said. “The longer they don’t the longer we’re going to be in this situation.”
Paul Wilkerson, owner of the Tally – Ho Restaurant, said he saw similar support from the community before he decided to temporarily close the restaurant on Tuesday, March 24.
Before making the tough decision to temporarily close up, the crew at Tally-Ho was slinging online and to-go orders of family sized entrées – complete with a bottle of wine and hunk of bread- to its customers.
“We’ve had really tremendous support from the community,” said Wilkerson.
Wilkerson said during the closure, The Tally – ho team is taking advantage of the empty restaurant to make improvements to the restaurant that would prove difficult while serving food six-days-a-week.
Wilkerson said he encourages the community to keep up with Tally – Ho through social media to see the restaurant’s next step.
Hancock’s Barbecue is open from 8:30 a.m. – 7:30 p.m. Monday – Thursday and 8:30 a.m. – 8 p.m. on Friday and Saturday.
To place an order, call (334) 872-5541.
Golden Ranch BBQ & Grill is open for lunch from 10:45 a.m. – 1:30 p.m. and for dinner from 4-8 p.m.
To place an order call, (334) 874-1777.