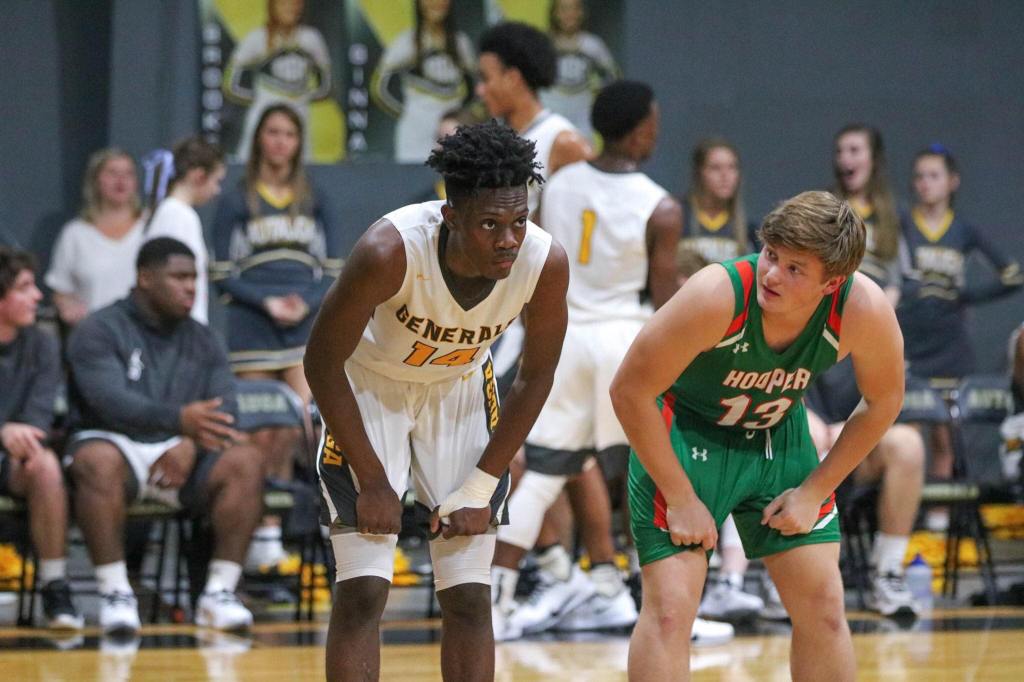 Autauga Academy forward Octavious Palmer is a finalist for the AISA basketball player of the year.

The former Dallas County High School multi-sport star is a finalist for the award given by the Alabama Sportswriters Association (ASWA) All-state basketball team.

Palmer, who made the AISA first-team, averaged 17.5 points a game as the Generals reached the state championship game. Autauga Academy came within two points of winning a state ttle.

“God is doing good things in my life,” Palmer said. “It’s honor to be a candidate for player of the year, win or lose. This is one of the personal goals I set for the season. It would be a great accomplishment if I win, but I’m just glad to represent my school, my coaches and my teammates the right way.”

Tyree Curry of Evangel Christian and Southern Academy’s Kurt Tucker are the other two finalists for AISA player of the year.

Winners for boys and girls players of the year in  all classifications will be announced Saturday night.

The 6-foot-5 Palmer earned honorable mention honors on the ASWA All-State football team at quarterback as the Generals won a AISA state chanpionship.