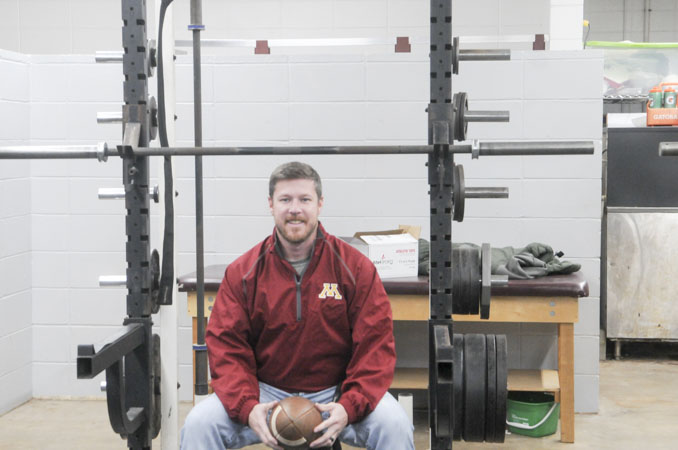 Thacker said he will be coaching at a Alabama public school in the fall, but did not name a school.

“So many great memories with great people,” Thacker said. “Morgan wasn’t just a place to work, it was my home. I loved every second of working there for a great administration and working with the best guys in the world.”

Thacker went 24-22 in four seasons as the Senators’ football coach, earning The Selma Times-Journal’s football coach of the year honors in 2017 and 2018.

“Over four years, Our coaching staff and entire   program became a big family and for that, I’ll forever be indebted to the Academy,” Thacker said. “Our football players made me a better man and a better coach. It’s hard leaving behind so many memories of tears and laughter, especially when so many had a hand in helping raise my son.

“As a coach, you hope to impact young men and women in a positive way but the truth is, they had a bigger impact on me.”

“We wish him, I think he will keep rising in the coaching ranks,” Oaks said.

“I am thankful for the time we got to spend together and the memories we made,” Clements said. “Morgan Academy will always have great tradition, but you have put your stamp on the program forever. Thanks for all you have done for me and my family.”

“I’m lucky to have gotten to learn under him,” Senators basketball and track coach Luke Hutcheson said.

“I really enjoyed working with him,” Jones said. “He’ a good family man and good coach. One of the best offensive minds I’ve been around in my career. He will do well at his new school.”

“I just want to wish him and his family all the best in the next phase of their life journey,” Minter said. “He leaves our strength and conditioning program in much better shape than he found it, and that benefit can be seen across all the school’s sports.”